Italy Under-20s captain Ross Vintcent believes his side’s unprecedented double over England this year has silenced the critics and proved the immediate future of rugby in the country is bright.

Vintcent led his side to a 38-31 triumph on Under-20 Six Nations Summer Series Finals Day in Treviso on Tuesday with the Azzurrini having beaten England 6-0 for their first win over the same opposition at the same venue in this year’s Six Nations.

Questions had been asked about Italy’s senior side after a run of seven years without a Guinness Six Nations win only came to an end with a dramatic victory in Wales on the final day of this year’s Championship, but Sunday’s defeat to Georgia has fanned the flames of the debate.

No.8 Vintcent, 20, said: “It’s huge [to do the double]. There has been a lot of hate – well not hate but doubt towards the future of Italian rugby but this is it right here.

“We’ve proved them wrong and I’m excited for what the future holds.”

Vintcent’s scintillating untouched run-in plus a penalty try, scores for Tommaso Scramoncin and Filippo Lazzarin and seven points from fly-half Nicolo Teneggi were enough to give Italy a 29-19 lead at the break, despite England crossing through Tom Carr-Smith, Ollie Fletcher and Iwan Stephens. 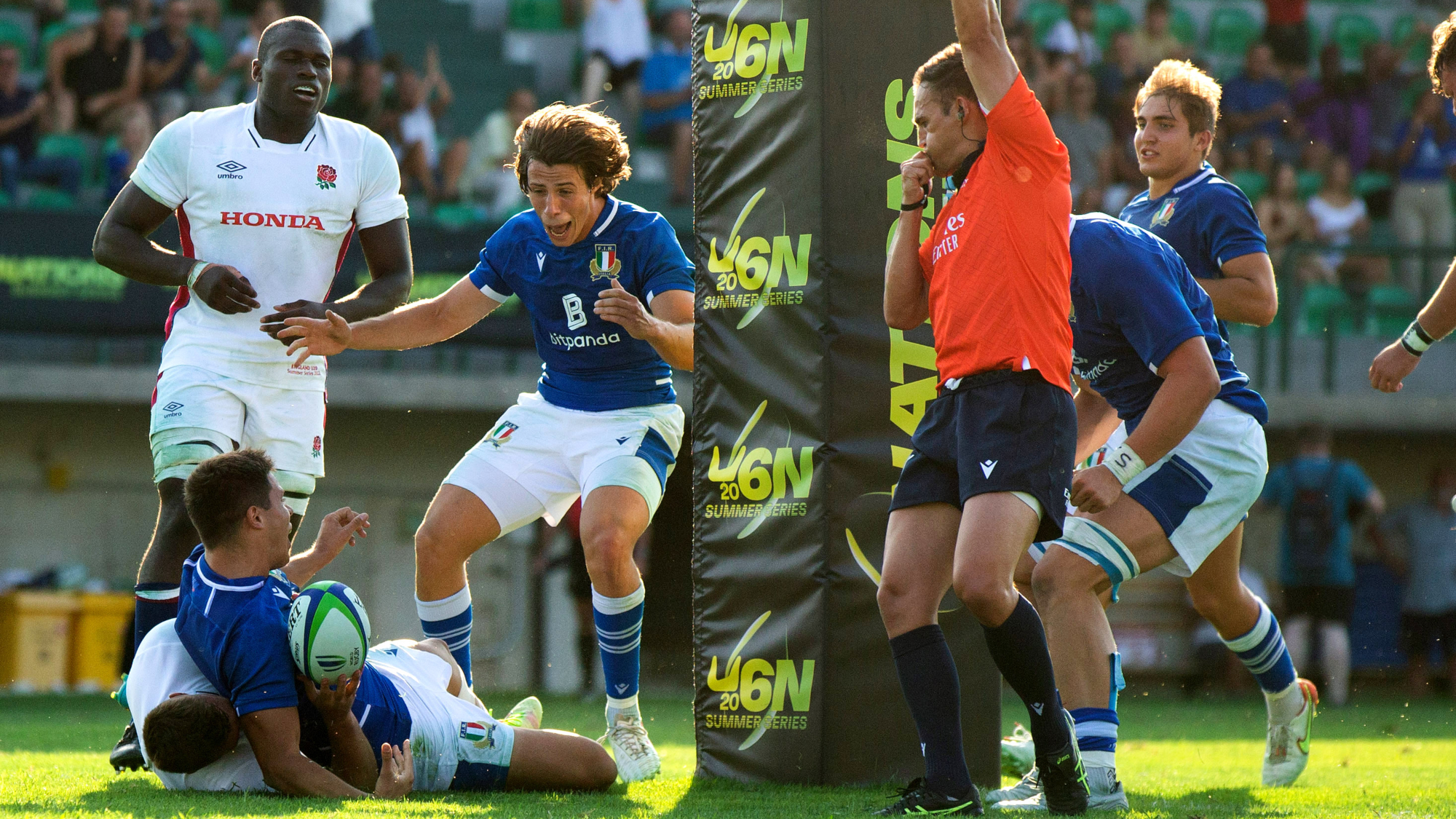 Vintcent added: “The first 40 minutes is the most tired I’ve ever been on the field. Against the wind, it was great to get ahead going into half-time.

“The nine [Andrea] Cuoghi is one of my great friends, we’ve just got that chemistry on the field, we just know where each other are. I didn’t even call anything, he just knew – the credit goes to him [for the try].”

The hosts could even afford to fluff three simple penalty chances before sub Giovanni Sante slotted one to finally end England’s dogged resistance and close out a famous victory in the battle of the second-place Pool finishers.

Vintcent, who is enrolling at Exeter University in September to study Economics and Finance with the goal of forcing his way into the Exeter Chiefs set-up, said: “My body is finished. We really left everything out there. It’s a special group of boys and a special stadium.

“The crowd were incredible, they were the 16th man and I’m speechless, to be honest.

“England fought back but I’m so proud of the guys for sticking in there when it got tough right at the end.

“These will be memories that will live with us forever, it’s time for a big party.”

Share this article:
Previous Story Team of the Under-20 Six Nations Summer Series