England’s Ethan Grayson blamed his side’s poor discipline for an unprecedented second defeat to Italy this year after they conceded 16 penalties in a 38-31 loss on Under-20 Six Nations Summer Series Finals Day.

The home side prevailed 6-0 in Treviso in this year’s Six Nations for their first-ever win over England at this level but this 69-point thriller in sweltering heat at the same venue could hardly have been more different.

England registered three first-half tries through Tom Carr-Smith, Ollie Fletcher and Iwan Stephens but Jed Walsh, a late replacement at No.10 following Fin Smith’s withdrawal through illness, conceded a penalty try with a deliberate knock-on and scores for Tommaso Scramoncin, Ross Vintcent and Filippo Lazzarin gave Italy a 29-19 lead at the break.

Nicolo Teneggi’s penalty and Lorenzo Pani’s drop goal put the hosts 16 points to the good but tries for England skipper Emeka Ilione and replacement Tom Lockett clawed the Red Rose back into the contest before sub Giovanni Sante’s late penalty secured a famous victory in front of a boisterous crowd at Benetton’s Stadio Comunale di Monigo.

Inside centre Grayson, 20, said: “I’d probably say discipline [is where it went wrong], there were far too many penalties. We knew coming into it Italy are a team with pride and proud of their set-piece.

“They have a good scrum and a good lineout. If you give them that then you are going to be under the pump.

“I wouldn’t say it’s to do with the crowd, they are loud and proud but it’s a better performance then it was in the 6-0 defeat in a much more high-scoring game which is never easy to win.

“Obviously it’s a disappointing end to the tournament but I can’t credit the boys enough throughout the whole campaign for how hard we tried and trained.

“And credit to the coaches as well but tonight wasn’t meant to be and it showed.”

Lockett’s score and Sam Harris’ conversion brought Alan Dickens’ side to within four points, something Grayson believes showed great character from his side after they faced a mountain to climb. 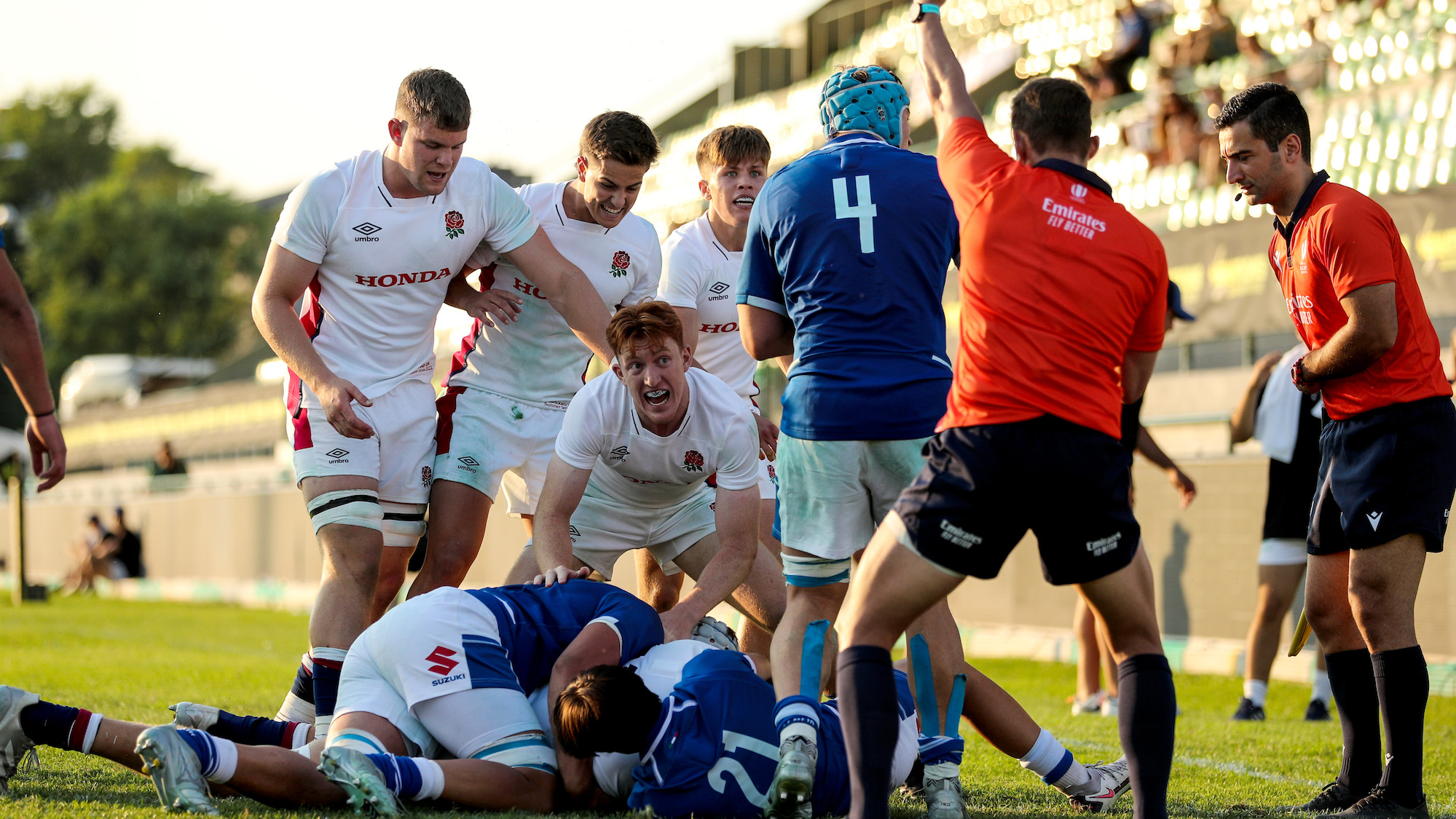 “It shows heart from the team, we speak about never say never,” added Grayson, who is the son of 2003 World Cup winner Paul and brother of Northampton Saints fly-half James, his club teammate.

“It’s all about the next shot, something we’ve spoken about all campaign which showed today.”
Grayson bowed out of age-group rugby in disappointing fashion but insisted there were plenty of positives to take from England’s stint in Italy for the Under-20 Six Nations Summer Series, despite finishing with only one win against France from their four games.

He said: “It has been hot, very hot! We spoke in the changing room about how close we have come as a group and made some lifelong friends.

“Two narrow losses, one to Ireland by a point, South Africa by eight and then today by seven.

“Games that didn’t quite go our way but we were in them and hopefully next year they can learn from that and kick on.

“It’s a sad note to go out on but I’ve experienced loads of different types of rugby, playing South Africa and seeing the likes of Georgia play.

“It’s good for the future whether it’s playing for England again or just for your club.”