No.8 Beka Shvangiradze believes the Junior Lelos can maintain the feel-good factor in Georgian rugby against France on Under-20 Six Nations Summer Series Finals Day after the senior side’s history-making triumph over Italy.

The Lelos sent shockwaves through the rugby world by beating a Tier 1 nation for the first time with a 28-19 win in Batumi on Sunday and Lyon’s wing sensation Davit Niniashvili, who at 19 is still eligible for the Under-20s, played a starring role with two eye-catching breaks.

Shvangiradze, 20, revealed his side have been inspired by their former age-group teammate’s display as they look to upset familiar foe France in their fourth and final game in Treviso on Tuesday.

He said: “This is the example for the Under-20s, that we can play against all teams. Georgia are a big threat.

“Niniashvili was born in 2002, normally he would play in the Under-20s now, but he is a big talent with amazing skills and already he is a star. He’s at his own level!

One of THE tries of the weekend

“It’s inspiring that he is our age. During all the age-group teams, he was very special. It was always great to play with him because he was doing crazy things in training and on the pitch in games.

“It was really emotional watching the senior game but it’s rugby, there is always emotional stress!

“It’s a really big motivation for us and a nice example of how to beat the teams who have squads with more experience and bigger name players.”

ALL THE TEAM LINE-UPS FOR FINALS DAY

Before the senior side’s exploits, Georgia’s Under-20s had caused a stir themselves with Round 3’s dominant 55-17 win over Scotland.

Shvangiradze scored two out of his side’s eight tries last week and is hoping they can bring the same set-piece threat against a Les Bleues side with plenty of familiar faces. 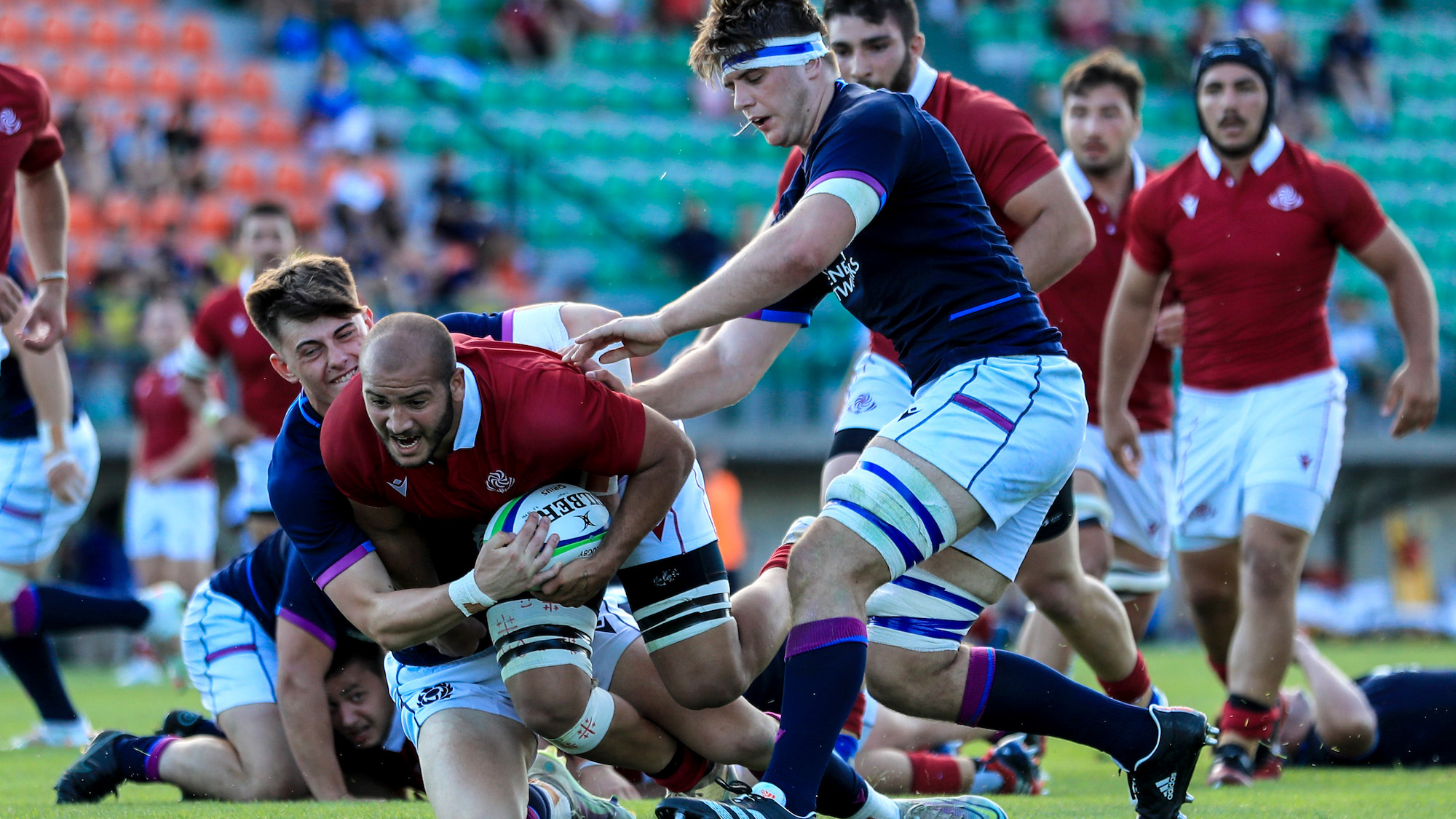 The Georgia back row plays his rugby in France with Aurillac who have just been crowned national junior champions and is hoping to see similar success against many of the same players.

He added: “We won the Espoir Championship this year and all clubs in France and national teams play champagne rugby with offloads at high speed and trying to make space, but we are ready for this.

“We will try to keep it tight to suit our strengths and play our game. I think the people understand that Georgia is not a small team, it may be a small country, but we are a big team in rugby after beating a traditional side like Scotland.

“The first game against Italy was difficult for us because it had been a long time and there was no chemistry in the team but then the second game [against Wales] was better and the third was much better.

“This game is the most important. I’ve played against 70 percent of the France team and this season I beat them all, so I hope with Georgia I will do it again!”

Georgia suffered badly during the pandemic with junior World Cups falling by the wayside leaving a dearth of fixtures, but head coach Lado Kilasonia is proud of the way his side have grown into the Summer Series ahead of their final clash with France. 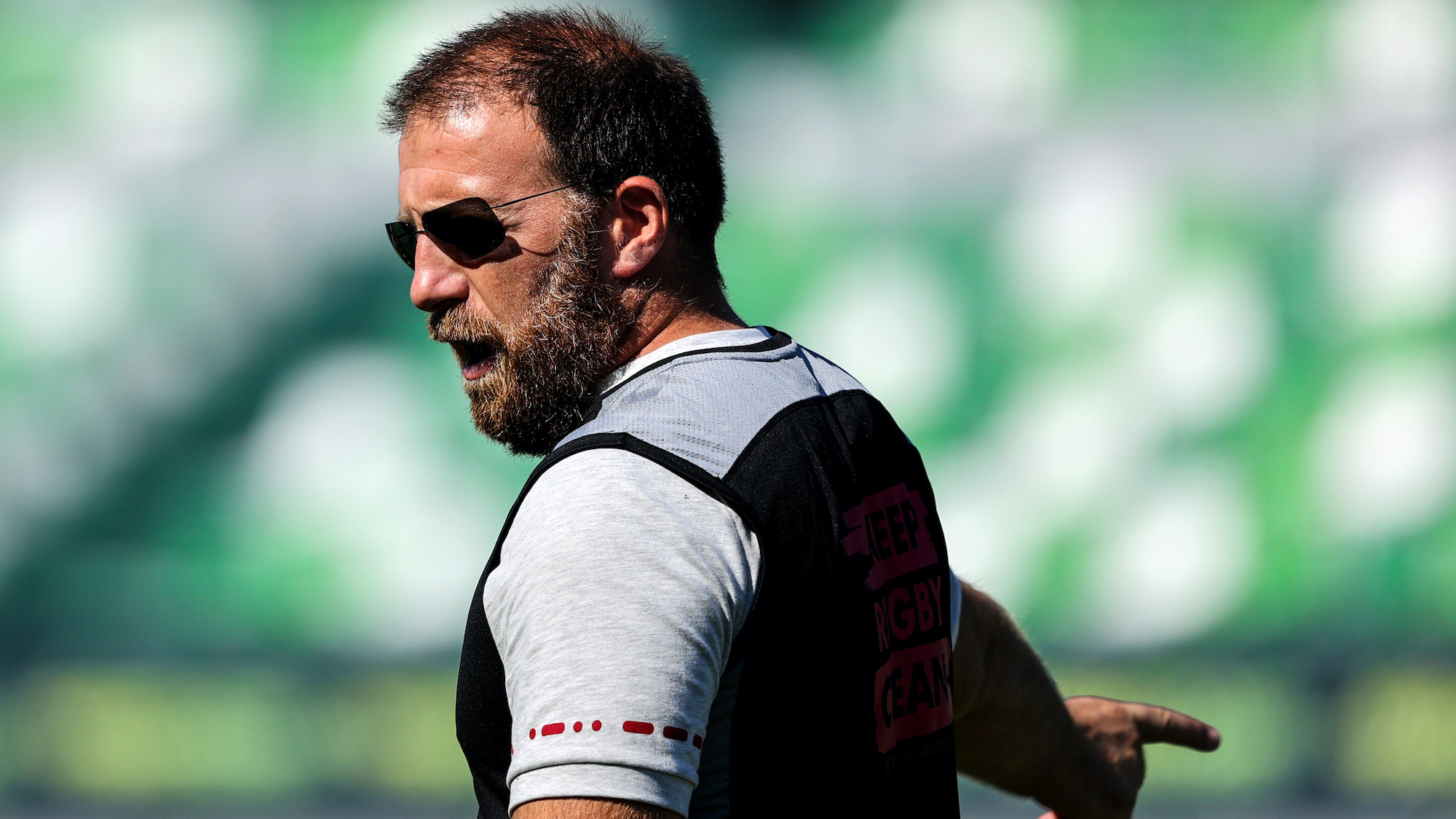 He explained: “We were in a lockdown and we didn’t get a lot of games, especially this generation.

“I think game by game we have developed really well and we have been trying really hard to get better in every training session and every game which has been a really good effort from the boys.

“It’s vitally important for Georgia because the others have the Six Nations Under-20s, but Georgia is in a rugby bubble all the time – pandemic or not!

“It’s great for all the boys, especially for those who play in the domestic championship, to get some international experience and to see what the real tempo of international rugby is.

“I think we’ve been adjusting well to that. Our tackling discipline and penalty discipline has been really good, so I’m proud of the boys. It has been a very interesting tournament for us.

“I think it’s very important to show we can compete against these teams. I think what Georgia Under-20s has been showing, not just this year, but the past six years, is that we can compete at this level.”