Versatile forward Ryan Woodman is looking to sign off on an Under-20 Six Nations Summer Series full of firsts in style after a meteoric rise into the Wales starting line-up.

Dragons ace Woodman, 18, began the year just happy to be in the international set-up before impressing head coach Byron Hayward and his staff so much that he was parachuted into the second row for the Six Nations.

Woodman returned to his preferred position of blindside flanker for the Summer Series before Benji Williams’ injury meant learning how to play No.8 on the job in the decisive win over Italy that booked the youngster his first shot at South Africa on Tuesday night in Treviso.

Woodman said: “I think I did a good job playing No.8, it was my first ever game there in my whole life. I might have played a bit at junior rugby but it was my first proper game.

“I had about five days to learn how to do the scrummaging, luckily lineouts didn’t change. I didn’t get a chance to pick and go though, we had like four scrums and the nine played out – it’s up to the backs!

“It would mean loads to win. It’s the first final I’ve ever been in. You don’t come across a final much and we need to take the opportunity.

“Even though it is against the best team we’ve played so far, I think we are in a good place to win the game having done our analysis.

“This year wasn’t really meant to be my time to perform and shine with all the other older boys, but I think I’ve done well for myself.

“This will be my seventh cap now. Start of the year, the aim was just to get into the squad and get experience but coming out and being part of the main squad and starting, I have exceeded my expectations.

“The 20s coaches have been saying they let me in for the experience and then I ended up in the starting team, so I think I’ve done quite well to grasp the opportunities this year.” 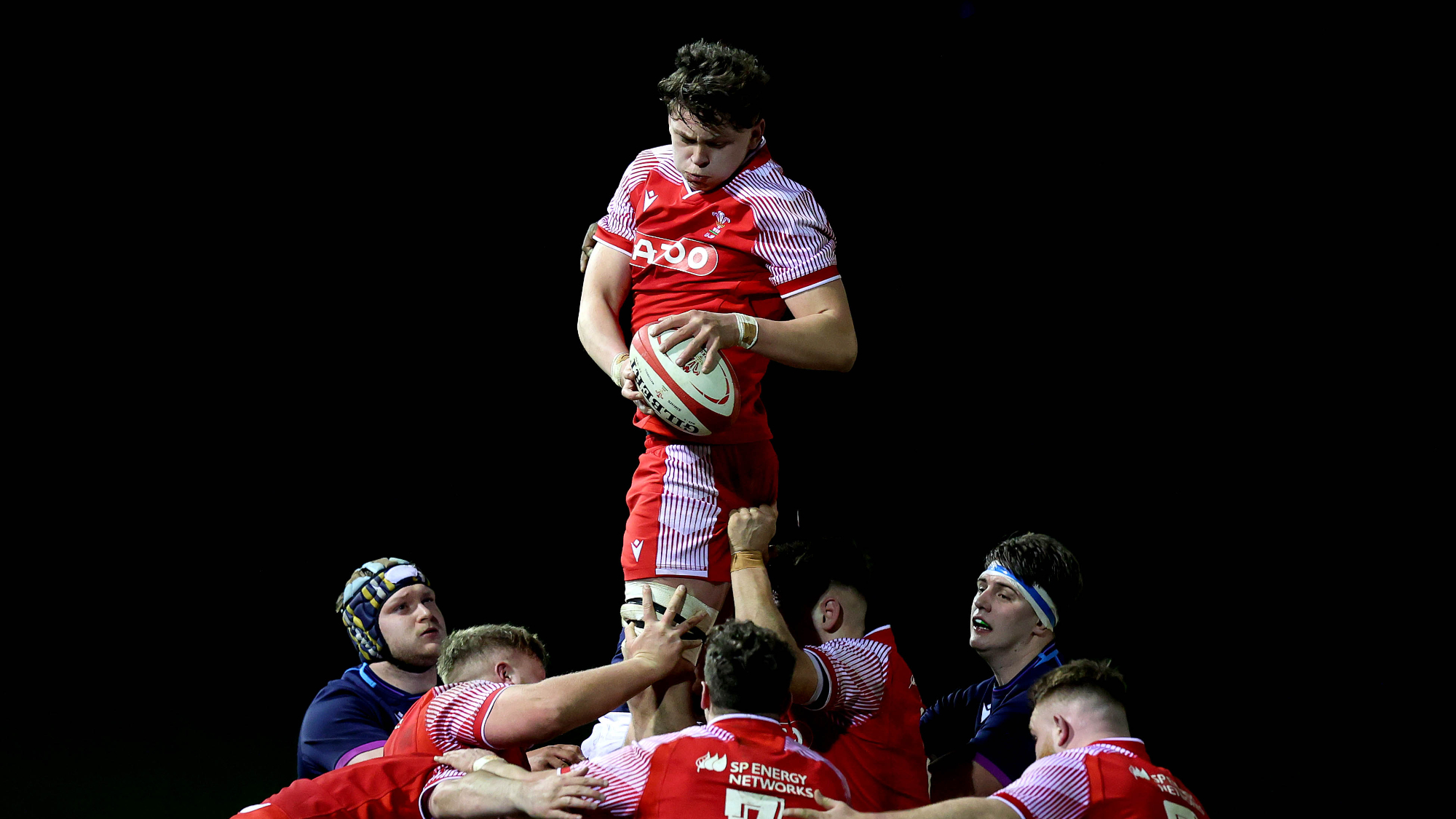 After a disappointing fifth-place finish in the Six Nations, Wales have come roaring back into form.

Buoyed by the return of the Exeter Chiefs engine room duo Christ Tshiunza and Dafydd Jenkins, Hayward’s side have recorded wins over Scotland, Georgia and Italy but face their sternest test yet against the Junior Boks who also boast a 100 percent record after seeing off Grand Slam champions Ireland, England and France.

And Woodman – who has returned to the back row to accommodate the pair – credited them with making a huge difference on and off the field with Tshiunza, already a senior international, particularly coming to the fore.

“It’s good having them there. They win collisions and they do get us go forward. Christ in the last game had ten carries – most of them bumping people off – and scored a try,” added Woodman, who still has two seasons left at this level.

“I think he has been targeted and especially in the Georgia game they all flew up on him. I don’t think he got his chance and against Italy he took it and we voted him players’ player of the match.

ALL THE LINE-UPS FOR FINALS DAY

“Daf’s come in and called the lineouts, something I did in the Six Nations, but I’ve learned a few things from him.

“Christ gives out quite a bit of advice, he was quite vocal with everyone and in the games especially they’ve made a huge difference.”

Woodman admits the physicality of opposition and Italian heat have taken some getting used to but thinks the Wales pack are more than ready for the Junior Springboks after enduring a thorough going over from the Georgia forwards in their 30-24 Round 2 victory.

“South Africa are meant to be the most physical nation but after playing Georgia, I don’t know how true that is,” said Woodman, who is grateful for the 9pm (local time) kick-off in the last fixture on Finals Day with daytime temperatures comfortably over 30 degrees at Benetton’s Stadio Comunale di Monigo.

“It’s the worst I’ve been after a game and I didn’t even play the full 80. I played 57 minutes and the next day was the most sore I’ve ever been.

“It was new for me; I’ve never come up against players who were so passionate and wanted to fly at you and hit you backwards every single time.

“It was good for me to experience it because going into the Italy game, it changed my mindset a bit on what I was doing.

“It’s a good thing that happened to the whole team, our pack was on the back foot the whole game against Georgia, you learn more when it’s like that and we still won.”

Having watched Gareth Anscombe kick the senior Wales side to a dramatic victory over the Springboks in Saturday’s second Test, Woodman believes his age grade colleagues can replicate that result against the same opposition.

He said: “We were all sat in the team room and biting our nails for the last few minutes, it was really good. I’m pretty confident we can do the same.

“I’ve never played a southern hemisphere team and that will be a new experience for me but if our forwards stick to how we played against Italy, being dominant and winning collisions, I don’t see why we can’t win.”

Share this article:
Previous Story Where to Watch Finals Day of the Under-20 Six Nations Summer Series
Next Story Under-20 Legends: Caelan Doris