Only this year has the back-row forward made his first appearances for Zebre, scored in the Under-20 Six Nations and now the Summer Series too.

A scrum-half in his youth, he possesses all the attacking instincts of a fleet-footed back making him a defender’s worst nightmare.

And in the fourth feature of our ‘teammates’ series, the 20-year-old lifts the lid on the characters in the Italy camp. 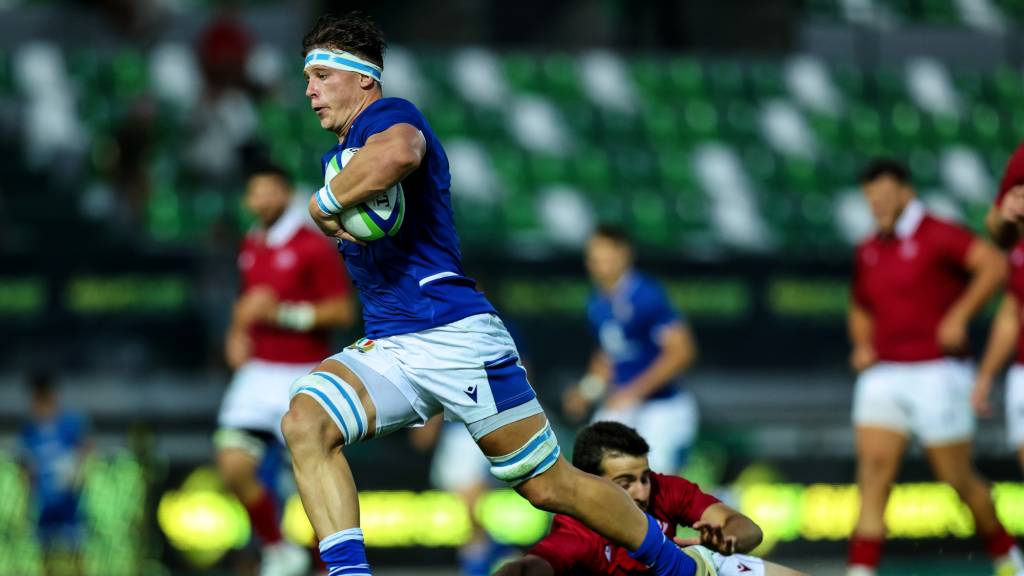 Who is the strongest teammate?

I think it’s got to be Luca Rizzoli. In the gym, his squats are enormous, I think around 260kg. Then on the field he is an absolute monster. You don’t wat to run into him. Honesty in training nobody really wants to run into him because he is so hard.

Who is the fastest teammate?

If we’re looking at stats, I’ve got the fastest 10m time. I don’t know if that counts for anything! I might have to toot own my horn and take it. They’re going to kill me but I’m going to have to say me.

Who is the funniest teammate?

Maybe Luca? No, Lapo Frangini, outright. He’s such a child, he’s the typical team hooker. Always bantering and has good jokes to be fair to him.

Who is the hardest teammate?

Which teammate has the best skills?

Luca’s skills aren’t too bad! But I think it would be Francois Mey, he’s got pretty good skills. Or believe it or not, our tighthead prop Riccardo Genovese, he’s got really good skills. He’s a back in a forwards body unfortunately, he can kick, he can offload and do all sorts of funny spin passes.

Who is the team DJ?

Best DJ has to go Luca again, I’m sorry! Francois is also up there, I’ll give him some credit.

Who is the best kicker?

Lorenzo Pani, he’s got a massive boot. He put in a great chip against Georgia and he can also kick for touch very far.

Share this article:
Previous Story My Rugby Heroes: Ethan James
Next Story Where to Watch Finals Day of the Under-20 Six Nations Summer Series