Kenny Murray said his players are on a steep learning curve after Scotland were beaten 55-17 by Georgia in the Under-20 Six Nations Summer Series in Treviso.

Scotland raced into an early 12-0 lead and briefly threatened to end a run of 12 consecutive defeats but the Georgia’s pack simply had too much for their Scottish counterparts.

And Murray believes that significant changes need to occur on and off the pitch if Scotland’s fortunes are to improve after a 13th consecutive defeat.

“It’s international rugby, that’s the learning curve here for a lot of our guys and us as a country,” said Murray after his side finished fourth in Pool B with three defeats from three.

“We’ve got to be preparing our players for international rugby and we need to do better, so much better, not just as a team but as a process too.” 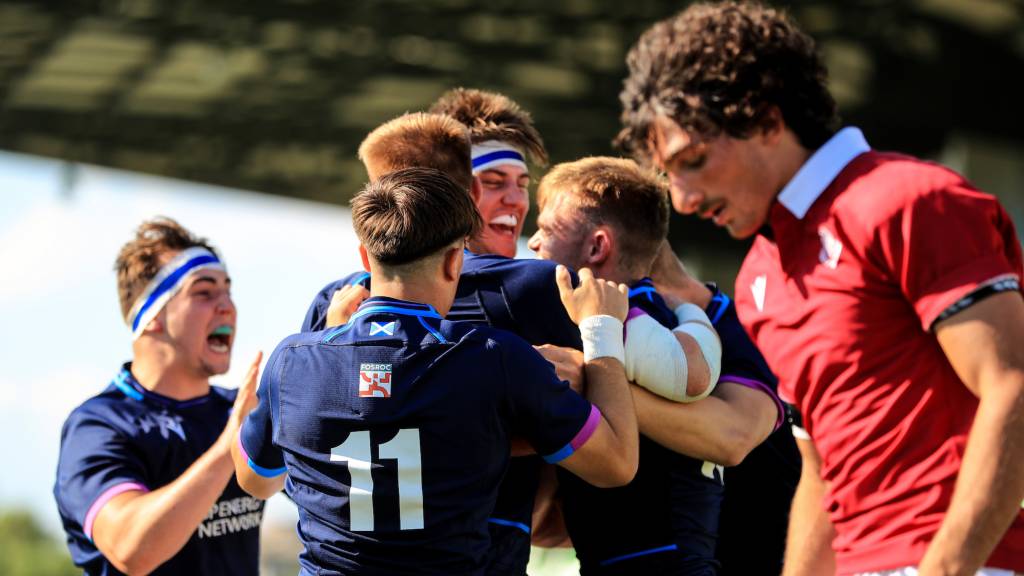 Two quick scores from Christian Townsend and Andrew Stirrat had put Scotland in front early on.

Fly-half Townsend hared onto his own chip kick, while centre Stirrat charged down a clearance attempt before racing onto the loose ball to score.

But from there the game took a devastating turn against Murray’s side, with Georgia soon taking a 21-14 lead, and their set-piece proved particularly effective, much to Murray’s consternation.

“We got ourselves in some decent positions and then just made some errors. At the lineout on their five, dropped balls, made some bad decisions, some chip kicks which we ran back and they dominated them,” he said.

“Then we got into the cycle of penalty, scrum, lineout drive which put us under pressure and they just completely outmuscled us.”

Seven of Georgia’s eight tries came courtesy of their forward pack and Murray believes that strength and conditioning is a key area which needs to be considered when the tournament review begins.

“We’ve got to develop good players, make sure that we’re developing big men,” he explained. “At this level of rugby it’s a really physical sport and at the moment we’re way off that.

“There’s a whole host of things we need to get better at, not just at the under-20 group, but. everyone involved in the whole Scotland performance pathway.” 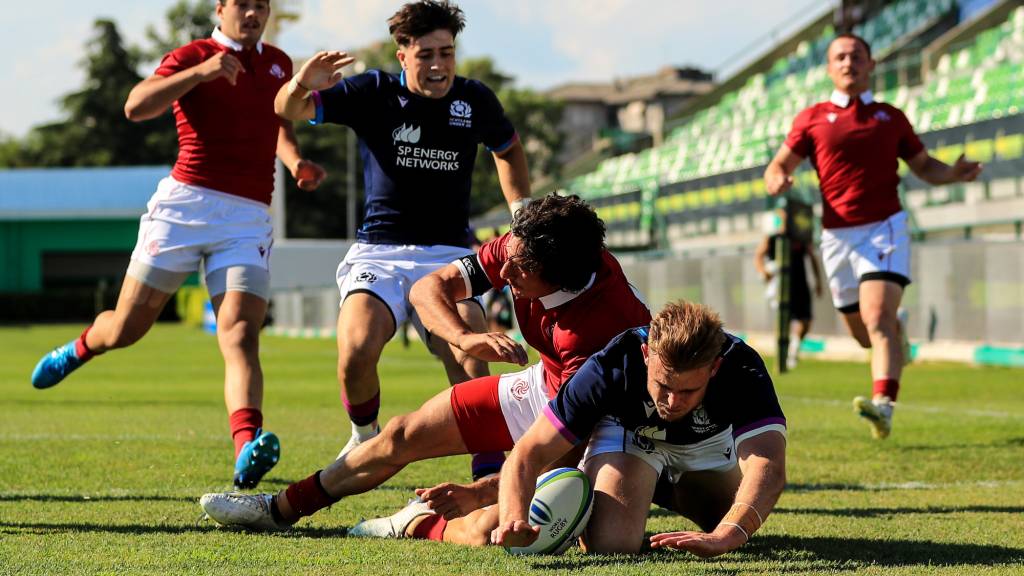 This was not the first time in the tournament that Murray’s team had suffered upfront, with Italy and Wales also dominating that area when they beat Scotland in the previous rounds.

“I think talent ID is massive,” said Murray. “We’ve got to get the right players in the right programmes. We’ve got to challenge them, get them conditioned earlier, that’s a big thing for me.

“Watching these Italians, Welsh and Georgians, they’re all really well conditioned, all big men. We are not able to compete physically. We’ve got to be creating guys who are physically capable at this level.”

A difficult few weeks concludes with a daunting seventh-place play-off with Ireland, the Six Nations Under-20s champions, who beat Scotland 59-5 when the sides met in March.

“We’ve got no choice, we have to get back, we’ve got probably our hardest game coming up now so it’s going to be tough but we’ve got to bounce back,” Murray added.