Wales boss Byron Hayward admitted he was “exhausted” after a nail-biting 23-20 win against Italy saw them take their place in the Under-20 Six Nations Summer Series final.

Captain Joe Hawkins kicked the match-winning penalty with just four minutes to play at the end of a tense second half which saw just eight points scored between both teams.

Wales have now won three games in a row for the first time since 2016, when they won the Six Nations Under-20s and Hayward will be hoping their current run also culminates in silverware.

Asked to sum up his feelings on the game, Hayward said: “One word would be exhausting, and that’s just me stood up in the box there.”

“It’s a good feeling, I’m chuffed for the boys because they’ve worked so hard and our defensive effort showed how close they are. 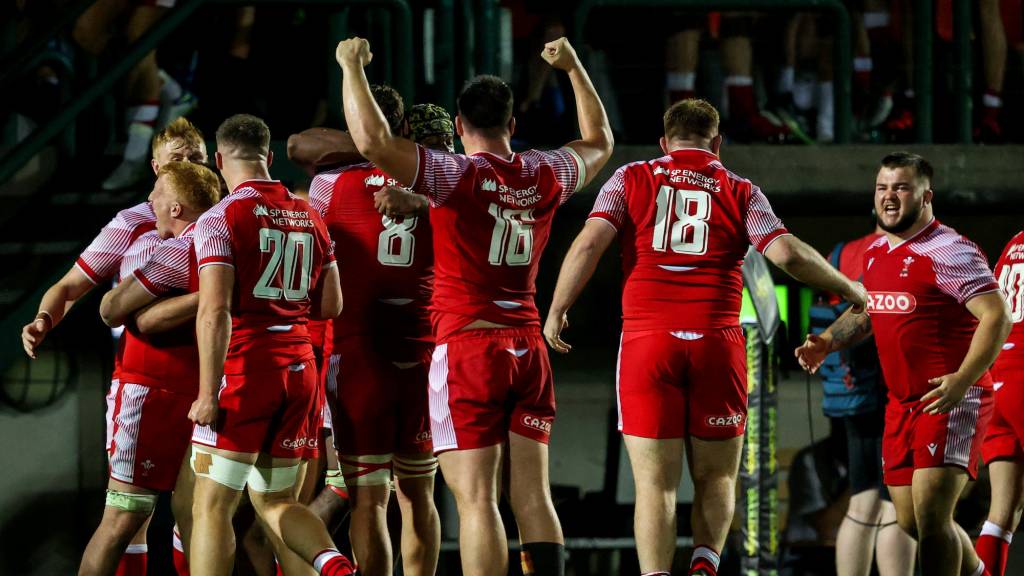 “We’ve tried to create an environment here where the boys enjoy what they do, just work as hard as they can, just give 100% and when they take the field they’re a real close-knit bunch.”

Wales were on the back foot for most of the second half and were camped on their line for a seemingly endless spell before Italy’s Federico Cuminetti scored in the corner to bring the scores level.

But that resilience limited Italy to just five points at a time when Wales were reduced to 14-men after a yellow card for Adam Williams, the third different Welsh prop to be carded on the night.

“When you look at that defensive effort, we were down to 13 and 14 men so many times and the boys just managed to keep them out,” Hayward explained.

“Italy are a quality team, the boys just managed to keep them out, that’s a testament to their character and how close they are as a group.”

Hayward’s attention now turns to South Africa, who Wales will face in the Under-20 Six Nations Summer Series showpiece next Tuesday, after the Junior Boks topped Pool A on Tuesday night.

But he will first have to assess his squad’s health after an immensely physical contest against the Azzurrini.

“We picked up a couple of knocks,” said Hayward. “We’ll recover now for a couple of days, the boys have earned it.” 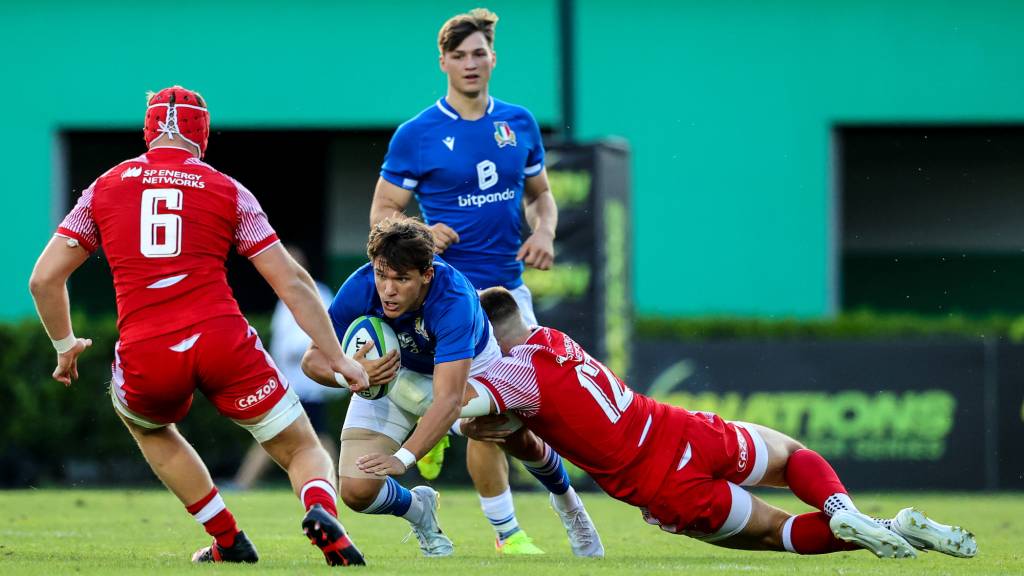 “We look forward to being in the final which is what we came here for. We’ve dug out a couple of close games. We’ve shown the variety of what we can do, our grit and determination.

“We probably weren’t as sharp behind [in the backs] as we usually are, but we need to get the balance right as I think our forwards did a good job for us tonight in getting us on the front foot.”

As the game wore on, the home crowd increasingly played their part and looked to influence the game and Hayward was delighted with how his inexperienced squad managed the situation.

“It’s always going to be difficult when you play in Italy in their backyard, it was a bit hostile,” he said.

“But it’s something a lot of these boys haven’t experienced before, they haven’t played away from home because of Covid, so it’s really satisfying and I’m very happy for the boys.

“These boys deserve all the plaudits they get.”

Share this article:
Previous Story Dickens: England punished for poor first half against Ireland
Next Story ‘We need to be better’ – Murray reflects on Scotland defeat