Georgia executed their game plan to perfection in their 55-17 win over Scotland in the Under-20 Six Nations Summer Series, according to head coach Lado Kilasonia.

In the battle for third spot in Pool B, Georgia ran out comfortable winners but that result was not always on the cards when Scotland earlier raced into a 12-0 lead.

But after two near misses against Italy and Wales, Kilasonia was delighted to register a first tournament win and will now look forward to a play off for fifth against France. 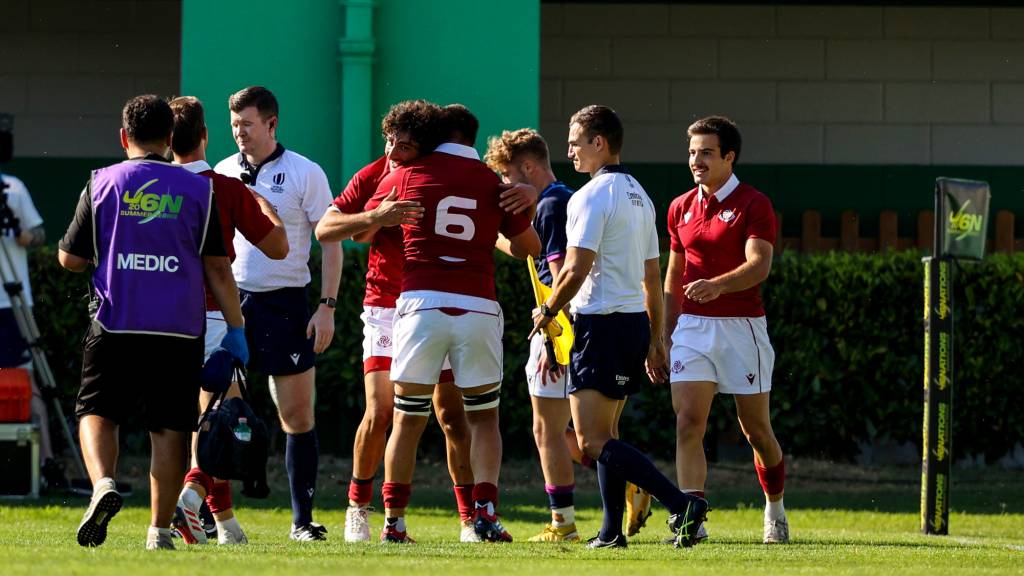 “I want to give all credit to them, it was a really important game for us after the two losses. I think today we executed our game plan really well and that’s why the scoreboard was on our side.”

Kilasonia admitted that he feared the worst when Christian Townsend and Andrew Stirrat crossed in the opening stages for Scotland.

But their response was quick and emphatic, and from the moment Alexandre Kuntelia scored to put them in front, the result never seemed in doubt.

“When you play against teams like this you know that they are going to have a good plan against you and I think that their plan was really good and all credit to them for that,” said Kilasonia, explaining his team’s sluggish start.

“They executed it well and I think we couldn’t execute ours.

“But then we turned the game back which is really pleasing for me because on this level with under-20 players it’s quite tough to turn the game like this, so I’m very proud of my boys.”

Georgia’s second half effort was particularly pleasing for the Junior Lelos head coach. While Scotland tired, Georgia strengthened and they ran in four scores after the break, with Scotland managing just one in reply, to seal a memorable victory.

Georgia have made a habit of finishing games strongly in the Summer Series, despite previously ending up on the wrong side of the scoreboard.

And Kilasonia was delighted that the result was sealed long before the final minutes on this occasion.

“The tournament is showing that we are always better in the second part of the second half,” he joked.

“They really did well after that difficult start, then the whole game went with our game plan and what we wanted to achieve in the game.”

Next on the agenda is France, and though Kilasonia is aware Les Bleuets will provide a much sterner test, he first wants his players to savour their victory over Scotland.

He said: “No video analysis, nothing for today! We will just chill out and enjoy Italy.”