So far, two of Wales’ scores in the Under-20 Six Nations Summer Series have been the result of cross-kicks, and their wider kicking game has been key to wins in Rounds 1 and 2.

Ahead of a crunch clash with Italy to determine the winners of Pool B, Phillips revealed that Halfpenny’s wisdom, as well as a sense of perhaps being underrated by their opponents, is fuelling Welsh hopes of a tournament win.

“I think a lot of people are underestimating us from the Six Nations,” said Phillips. 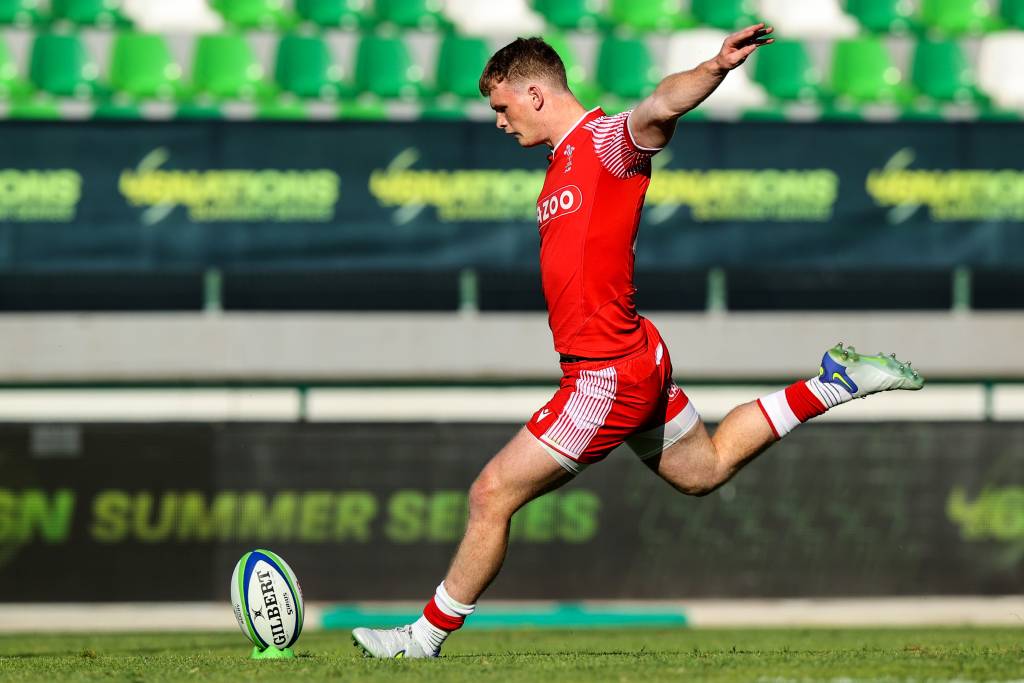 “We beat Scotland and I think we had to win that to get off to a good start and then Georgia, we knew they would be a good opposition, and we had to match them and we did.”

Boss Hayward has made just two changes for the Pool B decider against Italy, both in the forwards.

Efan Daniel returns at hooker in place of Oli Burrows, and Ben Williams comes into the back-row for Morgan Morse, with Ryan Woodman moving to No.8.

Prior to the start of Round 2, Wales had scored 11 tries in the tournament, more than any other side.

And whether it’s been Phillips or Dan Edwards at out-half, both have kicked impeccably, as has scrum-half Morgan Lloyd, who Hayward described as “outstanding” after the Georgia win.

Speaking about the influence of 96-cap Halfpenny, Phillips said: “He’s had a real big impact on the way we play, all of us, not just me, Dan and Joe too.

Meanwhile, hooker Daniel believes that his team have matured since the Six Nations Under-20s earlier in the year and are now a vastly improved outfit.

Having figured from the bench against Georgia he is relishing the prospect of going stride for stride with a physical Italian pack from the start.

“Yes they can play rugby but their big threat is their pack,” explained Daniel.

“They are going to look to bully us but we’ve picked a pack that can easily match them and meet fire with fire.

“We’ve definitely moved on from the Six Nations, and grown up as a team. We take our rugby as players personally, but I think as a team we’ve taken it to the next level.

“I think we are more than capable of winning the competition.”

Italy emerged 27-20 winners when the two sides met at Colwyn Bay in March and Wales will need to avenge that defeat in Treviso if they are to top Pool B.

The winners of Wednesday night’s contest will progress through to the tournament final where they will play South Africa at the Stadio di Monigo on Tuesday 12th July.