England boss Alan Dickens bemoaned a passive first-half defensive effort which ultimately cost his side as they lost 37-36 to Ireland in the Under-20 Six Nations Summer Series.

Dickens’ side conceded four tries in the first half and despite registering six scores of their own, lost the game as a result of three Sam Prendergast penalties, the last of which came from the halfway line with just four minutes to play.

And though Dickens’ side secured second spot in the Pool with two losing bonus points against Ireland, he was more concerned with their performance.

“It’s disappointing,” said Dickens. “I thought we were penalised pretty hard by the referee, the officials, some of them I didn’t have a clue what they were looking for. 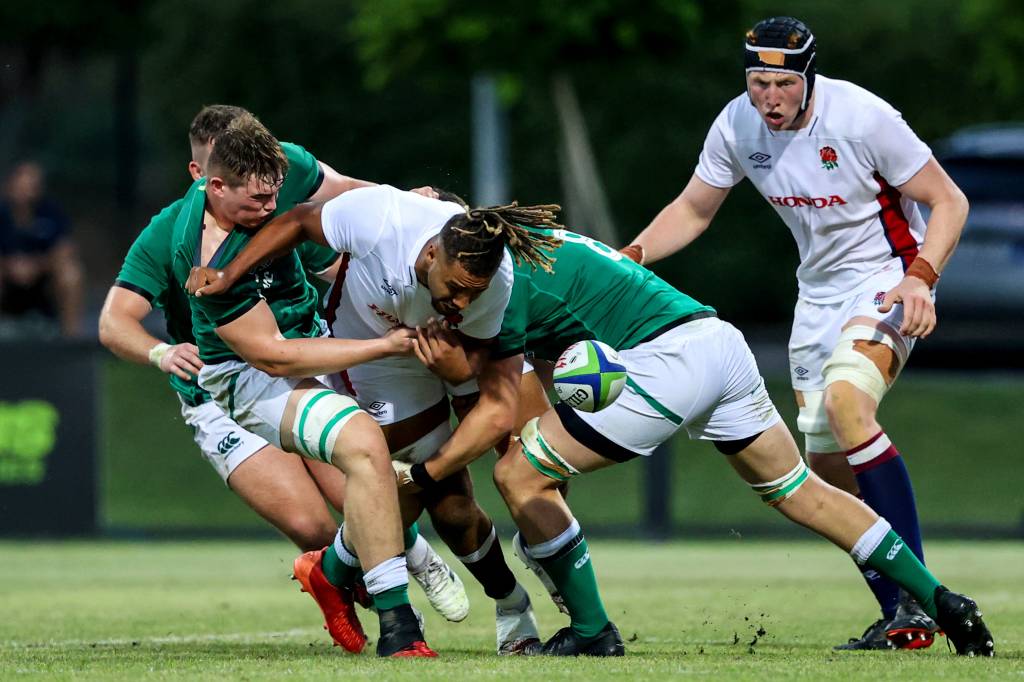 “But we can only control what we can control and we put ourselves in a position to win it and unfortunately we didn’t come away with the win.

England’s defence was porous throughout the first period, but they had earlier raced into a 14-0 lead after just five minutes, courtesy of well-worked tries for George Hendy and Alex Harmes.

But that lead soon evaporated with Ireland fighting back to claim a 21-14 lead before extending their advantage to nine points at the interval.

“We scored two good tries and then after that we became passive in defence,” explained Dickens.

“We were trying choke tackles which obviously results in people being on the wrong side, high tackles and kicks to touch and it gave them field position.”

England could not have finished higher than second in Pool A after South Africa’s earlier win over France, and despite starting the day in third Dickens says their position as group runners-up offers scant consolation in light of the result.

“We wanted to win the game and we didn’t do that today,” he said. “I don’t know if I can see that [second place] as a silver lining. The boys are gutted.”

England will play the losers of the Pool B match between Wales and Italy next Tuesday in Treviso in a play-off for third place in the competition.

And Dickens says that contest carries extra significance, with many of his players set to make their final appearance at under-20s level.

“I always think at age group level, next week is the last occasion they’ll have to play with their mates, and their peers and that will be the same for whoever we play,” he explained.

“I want these boys to play next week, enjoy it, put their best foot forward and have some fun playing with their mates and something that they can remember for the rest of their lives.”