England boss Alan Dickens has urged his players to be more clinical in their final Under-20 Six Nations Summer Series pool fixture against Ireland.

Despite Ireland having lost their opening two fixtures, Dickens is expecting another intense battle and has opted to make just two changes from the side which beat France.

Ahead of Tuesday’s game, he has called upon his squad to convert chances into scores, with first place in the group still up for grabs.

“We talked about putting our game on the pitch and we certainly did that more against France than against South Africa,” he said.

“We created a lot of chances which was very pleasing. The area for improvement is that we need to capitalise on those chances with scoreboard points. 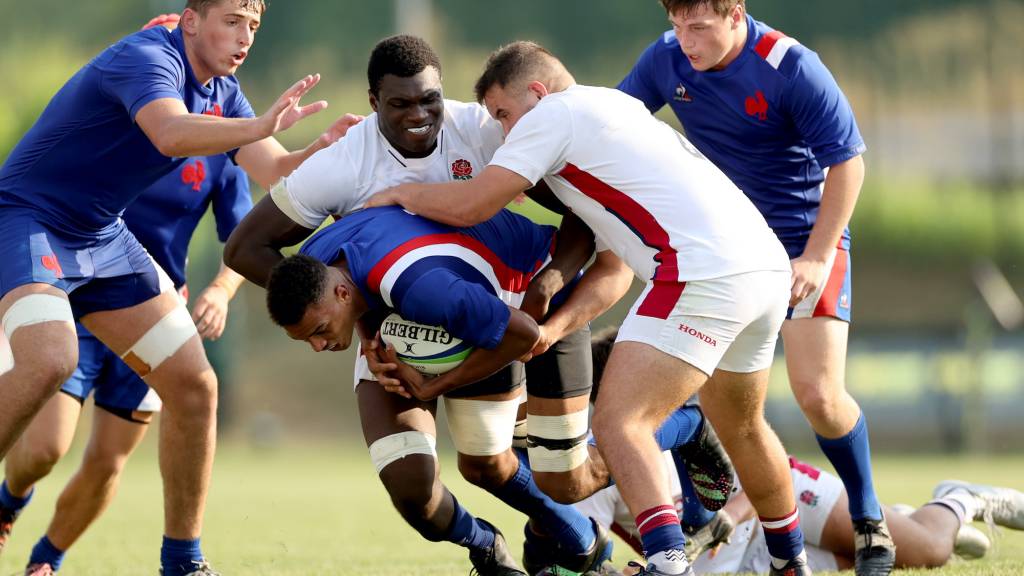 “I think it’s a case of being more clinical. But the main positive for us is that we created a lot of chances.”

One of those who will be looking to take their chance in more ways than one is winger Alex Harmes. The London Irish flyer comes in for his first cap at Under-20s level and replaces Conor Oresanya on the wing.

Elsewhere, Bath’s Ethan Staddon comes into the back-row in place of Chandler Cunningham-South who is among the substitutes.

“We’re very fortunate we have strength in depth in a lot of positions,” said Dickens.

“We’ve got a quality group of players and the camaraderie within the group is evident. We can’t expect to go from start to finish with the same 15.”

Staddon’s fresh legs will be welcome as England look to impose themselves on an Ireland side who have endured a tough start to the competition.

They had lost just two of their previous 13 fixtures before the Summer Series began, but defeats against France, and then South Africa, has left them bottom of Pool A.

Dickens expects Ireland to bounce back though and knows all too well how dangerous they can be. Richie Murphy’s side triumphed 42-27 when the sides met in the Six Nations.

“I’ve spoken to their coaches and they’ve got a few missing players through injuries from the Six Nations,” said Dickens.

“So that’s certainly going to have weakened them but we know that any side that Ireland puts on the pitch are going to be a quality side.

“You saw that they came back against South Africa and I know they’ll certainly push us and that it will be another contest.

“In the three years I’ve been coaching Under-20s, whether we’ve won or lost against Ireland it’s a tough, tough game.”

Reflecting at the halfway stage of the Summer Series, Dickens feels the tournament has been hugely beneficial for his young squad.

For the likes of Staddon, Charlie Bracken and props Tumy Onasanya and Jevaughn Warren this is their first bow at Under-20s level and Dickens re-emphasised how important it is for his group to have consistent exposure to quality opposition.

“Ultimately the tournament is so worthwhile, I’m so pleased that it’s been put together,” he said.

“This group of players need to have that level of competition to develop and progress in their career. It’s something we’ll all take a lot of lessons from, not just from an Under-20s point of view but for those moving on in their careers too.

“The level and the ability is there for all to see and it’s such a worthwhile event that we’re participating in.”

Share this article:
Previous Story Preview: 10 things to look out for in Round 3 of the Under-20 Six Nations Summer Series
Next Story Murray: Scotland must be at best to beat Georgia