Prendergast kicked the decisive penalty from halfway, having earlier missed a far simpler effort, and Murphy was delighted to see him assume responsibility in such a pressure situation.

“We had a long-range penalty kicker on the pitch as well in George Coomber but Sam decided that he wanted it,” explained Murphy, who led his side to the Six Nations Under-20s Grand Slam earlier this year.

“He was obviously in the groove because he had been in the game and I’m sure the one he missed earlier on probably upset him.

“It was great to give him that opportunity and to be fair to him it never looked like it was going anywhere else, and what people won’t realise was that it was going into a bit of a breeze as well.

“It was great for him, he’s an Under-19 out-half, he’s come in, he’s worked really hard and stepped up and filled a hole as our two first-choice out-halves are both out injured at the moment.”

Despite a thrilling victory over England, Ireland finished bottom of Pool A in the Summer Series, with this their only victory in their three group outings. 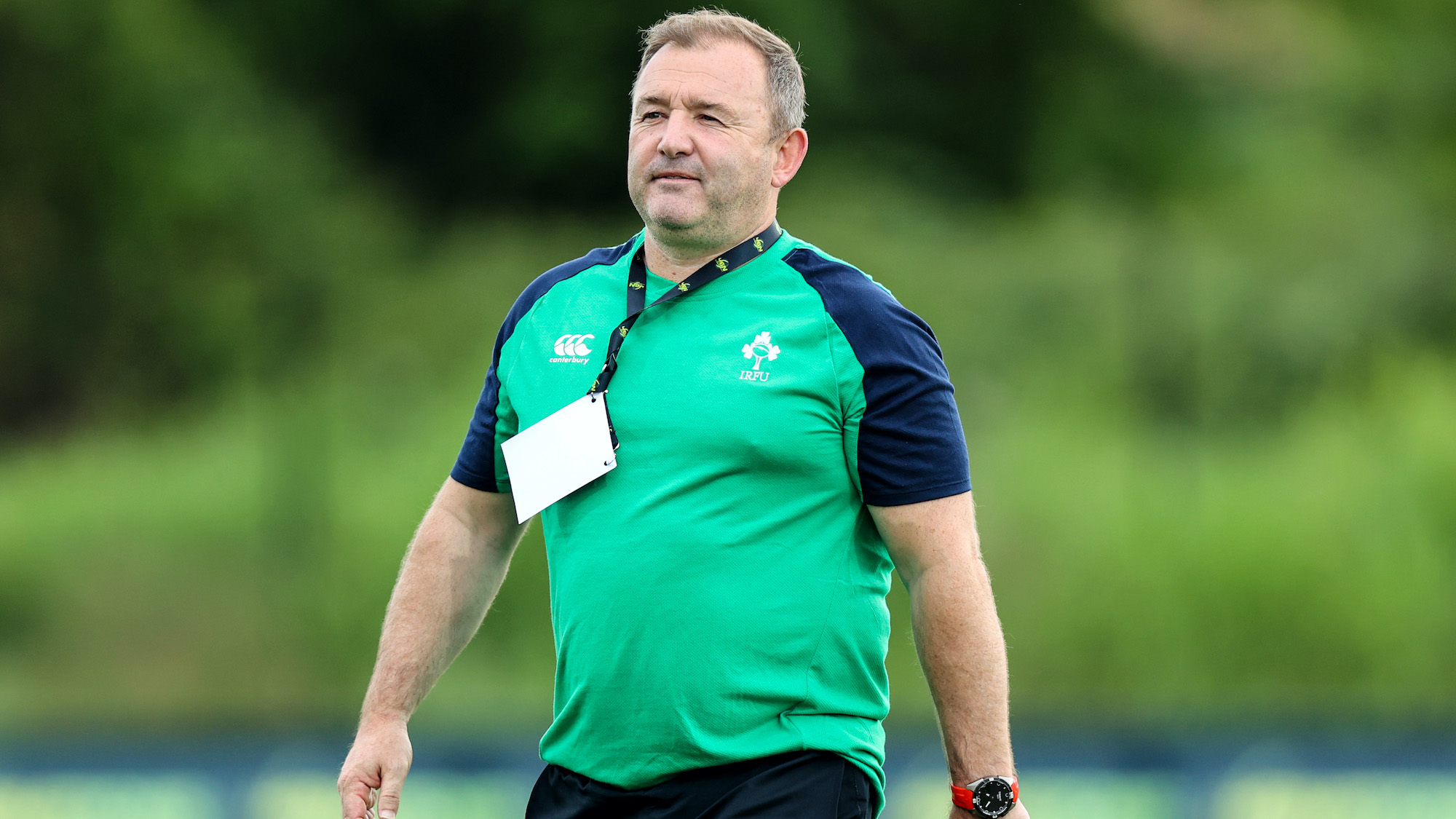 And it seemed it would be three consecutive defeats when England raced into a 14-0 lead after just five minutes through tries from George Hendy and Alex Harmes, but Ireland hit back immediately with three of their own with a penalty try following Fionn Gibbons and James McCormick’s efforts to lead 21-14.

Lorcan McLoughlin’s effort made it four tries in the first half but they failed to cross the whitewash after the interval, however, three penalties from Leinster’s Prendergast were enough for victory.

“It was a really weird game wasn’t it?” joked Murphy.

“We were 14-0 down early on and then put some really good stuff together to get up at half time was very encouraging.

“We lost our way a bit in the second half, a few set-piece penalties which put us under pressure we then probably over played at our end which gave them access into our 22 and with such a big pack it’s hard to stop them getting over our line.

“Obviously Sam then kicked a great penalty from the halfway line to get us home which is something that we probably needed.”

Murphy’s attention will now turn to the cross-pool play-offs, where Ireland will play the loser of Scotland against Georgia in Pool B.

Ireland’s final contest in Italy will kickstart the action on the final day of the Summer Series with a further three matches following thereafter to decide places one to eight.

And Murphy feels his squad will approach that final fixture with a better mindset following victory over England in Verona.

“It’s a massive one for us,” said Murphy, speaking about the value of the England win.

“Any tournament like this, if you lose your first two games you’re very much up against it, at least now we’re looking forward to the last game.

“Yes we finished bottom of the group but in a short tournament like this that can easily happen.

“We just want to try and go home with two wins from four which with the group that we have, with 12 Under-19s in the group will be hugely beneficial for those guys for next year.”

Share this article:
Previous Story We must take our chances, says England boss Dickens
Next Story Murray: Scotland must be at best to beat Georgia