Round 2 of the Under-20 Six Nations Summer Series did not disappoint.

The games were tighter, tenser, and emotions ran higher, with more cards shown than in the previous week.

But there are now more questions than answers. Was this a turning point for England? How unlucky are Ireland? And is Patrick Harrison the best try-scoring hooker in Scotland’s history? Maybe not, but he won’t be far off if he maintains his current scoring rate.

Here’s what caught our attention in Round 2.

Was this the breakthrough for England?

On paper, it seemed that England would struggle against France.

Les Bleuets had already beaten England once this year and their confidence was sky-high, having just put Six Nations champions Ireland to the sword.

And so for England to win having been at least one man down – and at times three down – for all of the last 20 minutes was hugely impressive.

Captain Emeka Ilione said post-match that they have not got the results their performances deserved so far this year.

If they are to back up that performance with a win over Ireland then those closing stages against France may well be looked back on as a seminal moment for Alan Dickens’ squad and their fortunes in this Championship.

France can be beaten

Based on their showing in Round 1, it looked as though France could stroll to the top of Pool A.

A week on, their position is a bit more perilous. Lose to South Africa and they could finish third in the group, which seemed unthinkable in the aftermath of their win over Ireland.

Six changes among the forwards seemed to have a destabilising effect as they were not able to assert themselves up front as they had done against Ireland. They were uncharacteristically stretched in defence too, with Ewan Richards the beneficiary on two separate occasions early on in Verona.

Having been ruled out for the remainder of the tournament, second-row Leo Labarthe was a big miss in the second-row, and it’ll be interesting to see how France respond against a Junior Bok pack who are already looking like a bomb squad in waiting. 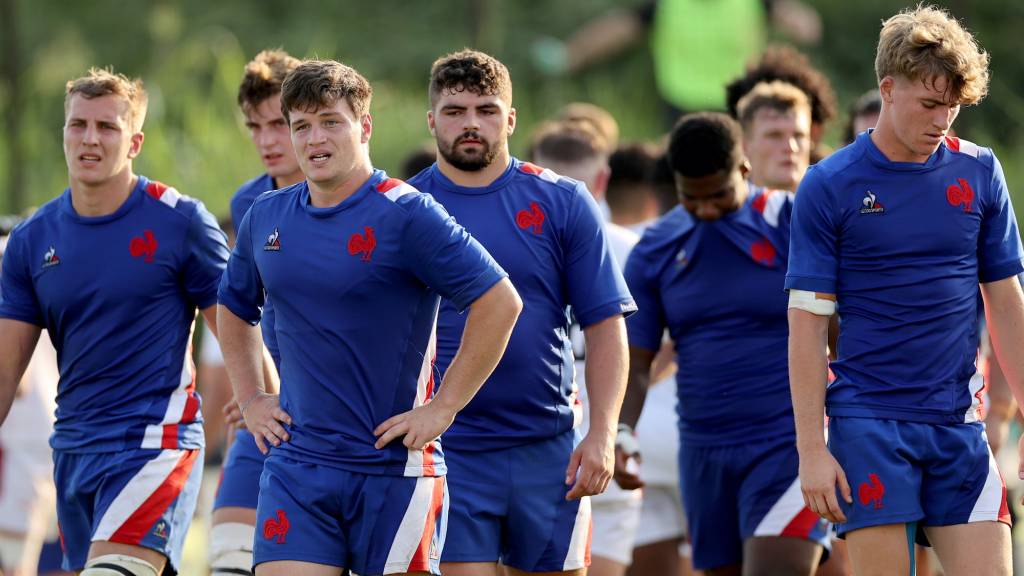 South Africa’s forwards are as good as their backs

It’s not often you see a team score five tries and all of them come from the pack.

But that was a feat South Africa achieved against Ireland, and it reflected their forward dominance.

The six new starters in the pack each seemed to have a point to prove, perhaps unhappy to have been left out against England. Their impact was devastating, as three of the newbies crossed in a merciless first half showing.

The depth available to Bafana Nhleko is frightening. Whichever eight are selected to play against France are sure to be just as effective in providing the backs with front-foot ball.

The backs were arguably a little off colour, but they didn’t need to be at their best. It’s scary to think how good they will be when two forces converge.

Luck of the Irish nowhere to be seen

You have to feel sorry for Ireland. They’ve run into two very good teams on two even better days.

England should beware though, Ireland finished very strongly against South Africa with three second-half scores and seemed to have rediscovered their best form.

Sam Prendergast was central to their renaissance and his grubber kick for Dylan O’Grady’s try will surely rank as one of the tries of the tournament. 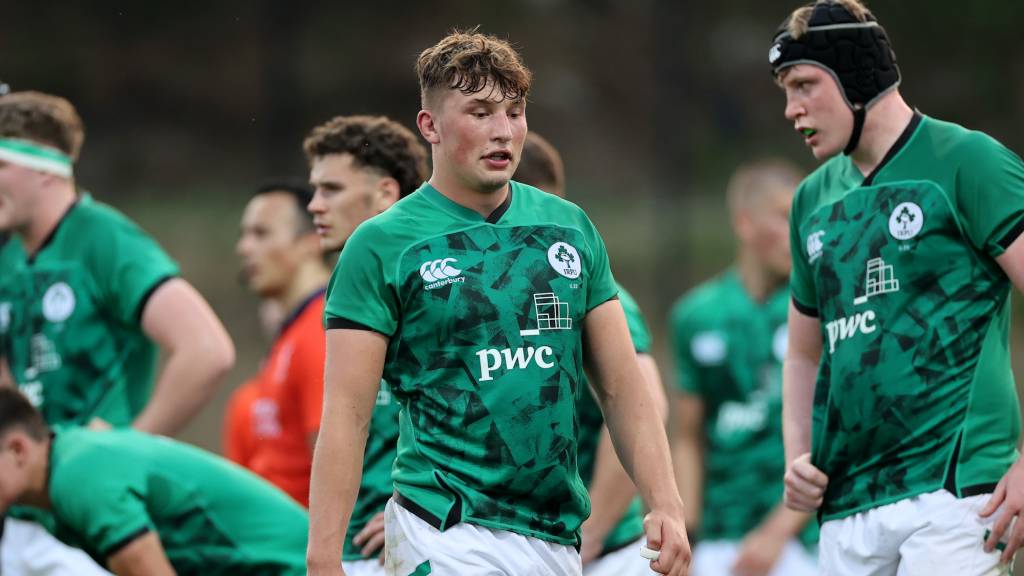 Underestimate Georgia at your peril

There is one particular aspect of Georgia’s game that Scotland should be devoting a lot of time to, ahead of their clash on Wednesday. That lineout drive.

As forward unit performances go, Georgia’s against Wales ranks right up there amongst the best of them in this tournament. Wales simply had no answer to the rolling maul in the first half and were wise to avoid offering the Junior Lelos as many chances to utilise it after the break.

Georgia were oh so close to victory and were only denied the points by a world-class second-row forward in Wales’ Dafydd Jenkins. That Byron Hayward’s assessment of Jenkins after a steal from the Exeter Chiefs lock preserved Wales slender lead late on in Treviso.

Wales’ back three will go far

While Oli Andrews grabbed the headlines with a two-try showing in Round 1, Harri Houston was the name on everyone’s lips after his brace against Georgia.

Houston showed a frightening turn of speed throughout and if given space could cause Italy’s defence some serious problems in Round 3.

The performances of full-back Cameron Winnett should not be overlooked either. He made a staggering 115 metres against Georgia giving him an average of 14.4m per carry – better than both Andrew and Houston.

Wales fans should be excited by this trio.

“Before we would have crumbled” – Houston delighted by Wales’ progress

Italy’s squad depth as good as any

It was a tight and cagey affair against Scotland but Italy still picked up a try bonus-point and finished with a 20-point margin of victory.

That was despite losing their starting fly-half Giovanni Sante to an early first half injury and resting most of their starting forward pack, including powerhouse Luca Rizzoli who made more dominant tackles than anyone else in the Six Nations earlier this year.

They were far from their best, but the convincing look to the scoreline will give Massimo Brunello huge confidence going into the Pool B decider against Wales, knowing that every one of his squad can step in if required. 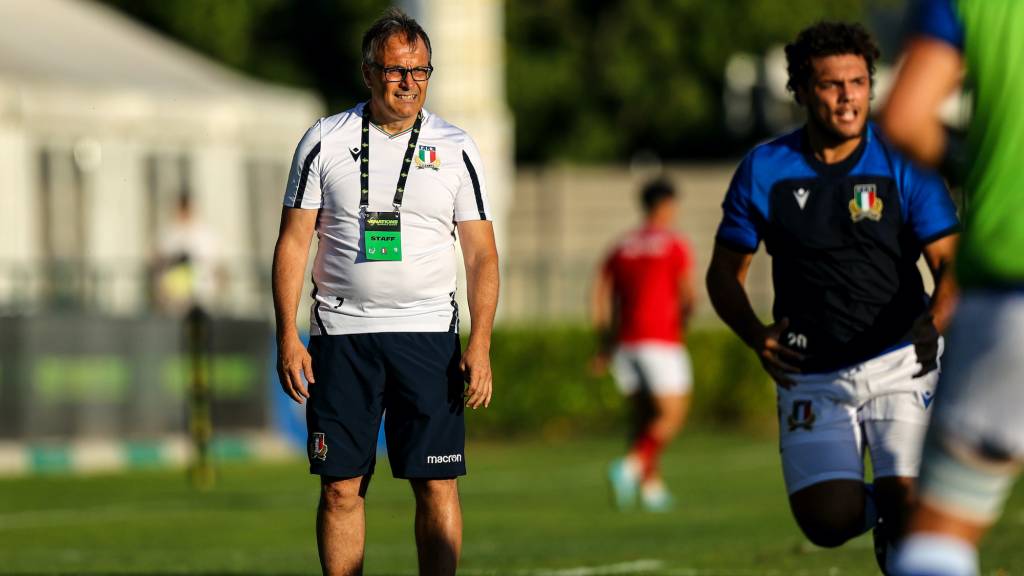 And what makes that even more impressive for Scotland’s Harrison, is that not one of his efforts have been generic lineout finishes. They have all been quality individual scores.

In the latest entry to the Harrison showreel, he burst through from outside the 22 before stepping Italy’s Nicolo Teneggi to score under the posts. His swan dive celebration could do with some work though.

Share this article:
Previous Story Inside the camp: Williams on Salmon’s dulcet tones and strange encounters in Venice
Next Story Where to watch Round 3 of the Under-20 Six Nations Summer Series