Demba Bamba grew up just a stone’s throw from the Stade de France, but there were never any guarantees that he would go on to grace its hallowed turf.

The prop now has 24 caps for Les Bleus and is a mainstay in Fabien Galthié’s Grand Slam-winning squad, while also regularly turning out in the Top 14 for Lyon.

However, it wasn’t something on the cards until Bamba picked up rugby at the relatively late age of 14. Within seven years, he was making his senior debut for his country.

It was a meteoric rise that saw Bamba rise to prominence for France Under-20s as they won both the Six Nations Under-20s and the Under-20 World Cup.

Bamba was imperious in the front-row, asserting himself as one of the best up-and-coming scrummagers in the game as France powered to victory.

It was a sight that became familiar when the prop dominated the Under-20 World Cup just a few months later.

“I don’t care who I am playing against. The simple object of every tighthead is to dominate in the scrum,” he told The Times in 2020 ahead of his first senior Guinness Six Nations.

“My first job is to advance in the scrum. It all starts there, and if I do so then I can reassure my colleagues.

“When I do that, when it goes well in the scrum, then it motivates me to be good in the other phases of the game.”

2018 was the breakout year for Bamba, with his top-class scrum work and hard-hitting ball carrying earmarking him as one for the future. 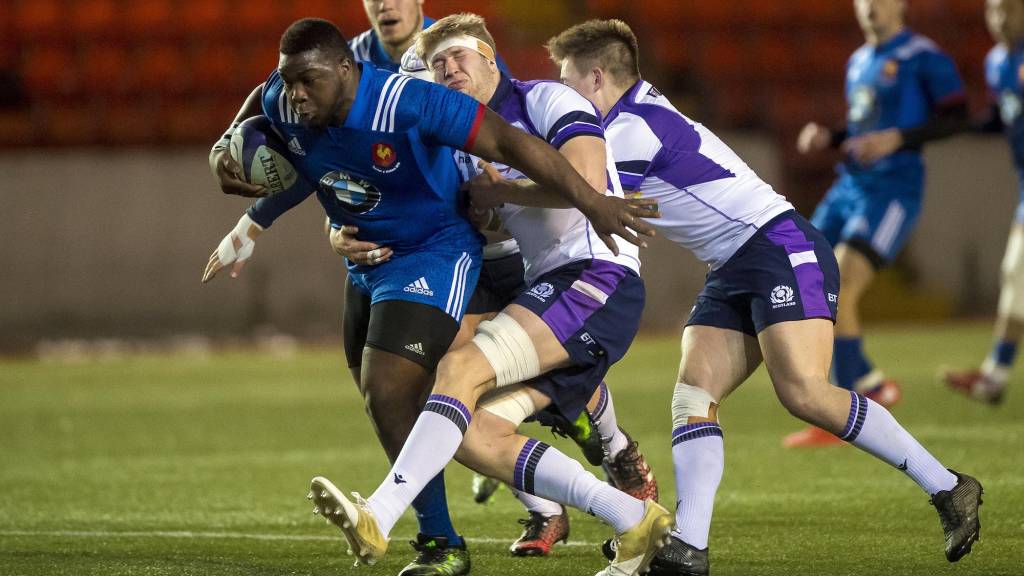 Bamba would start the first game against Argentina before injury ended his tournament, but it was a sign of just how far the man from Saint-Denis had come.

A move to Lyon from Brive, with whom Bamba had stayed for a season despite relegation, followed as the prop cemented himself as one of the very best in the country in an incredibly short space of time.

Born to Mauritian parents, Bamba was prolific in other sports such as handball before picking up rugby and admits that he has some brushing up on his rugby history to do.

“As a young man I don’t have much rugby culture, but I do not want to be one of the greatest and I’m going to do everything I can to achieve that,” he continued to The Times.

He is certainly going the right way to doing just that and ensuring that future generations of front row forwards will be reading about him.

And there can be no doubt that the Six Nations Under-20s formed a big part of Bamba’s path to the top.

It paved the way for Bamba’s rapid ascent into the senior squad, that saw him crowned a Grand Slam champion in 2022.

It surely serves as ample motivation for those in this year’s Under-20 Six Nations Summer Series, knowing that some strong performances could fast-track their route to the top.