A young Charlie Bracken did not have to look too far to find his sporting inspiration.

Father, Kyran, was already a World Cup winner by the time Charlie was born, and so naturally, rugby balls have never been in short supply at the Bracken family home.

For some, having a parent who has already excelled in your sport can be a hindrance, with expectations already sky-high and comparisons an unnecessary sideshow from day one.

Not so for Charlie, who even while away in Italy for the Under-20 Six Nations Summer Series, instead looks to draw upon his father’s knowledge of the game as much as possible.

“My dad was my main rugby hero growing up,” beamed Charlie.

“I think I’m over critical of myself and he was when he was playing as well. He was a bit of a perfectionist so he kind of brings me back to reality. 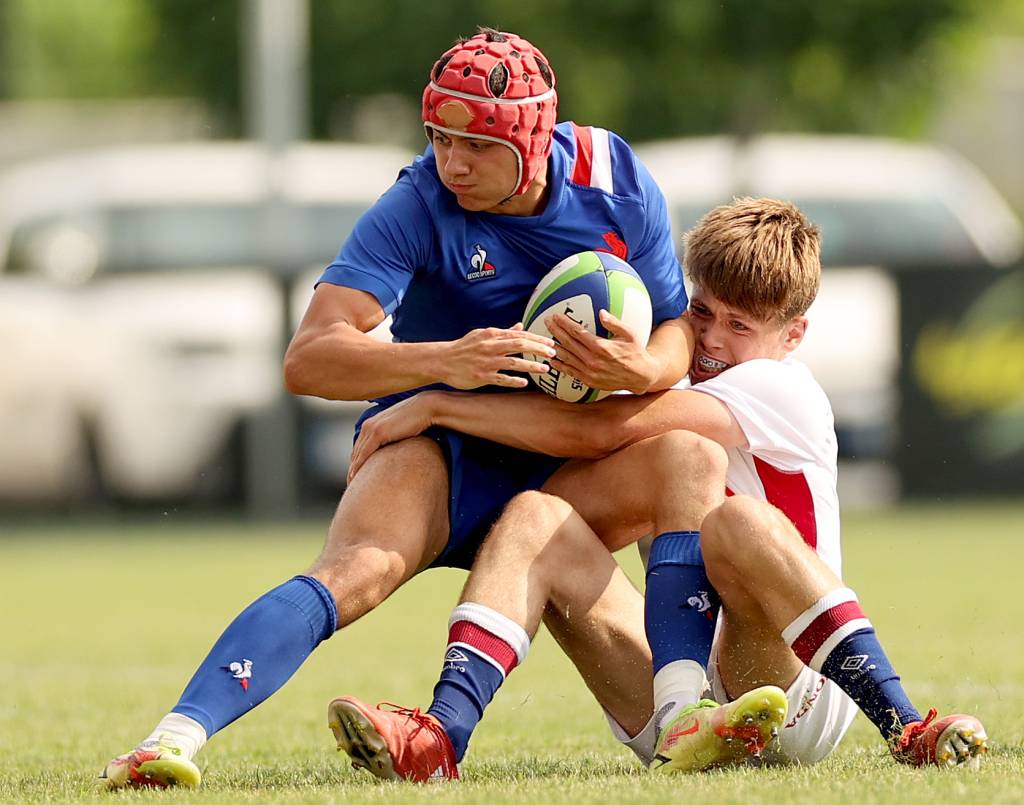 “Not applauding me but making sure I know what I’ve done well rather than just the stuff I need to improve on, which I’m very thankful for. After each game, I’ll have a review with him, a sit-down phone call, and then we’ll make some targets for myself.

“Some of those targets haven’t necessarily been skills or physical attributes, but just organisational skills, confidence and stuff like that I’m trying to work on.”

Charlie has not always heeded his father’s advice, however, confessing that he rebelled against Kyran when it came to choosing his first rugby club, with Charlie opting for Barnet Rugby Club over Saracens Amateurs.

From there, his rugby career has encompassed St Albans school, the Saracens academy, England U18s, and more latterly England’s U20s and the Saracens Men’s team, with a professional debut coming in the Premiership Rugby Cup in March.

Inside the camp: Grayson on Twickenham training and famous surnames

It’s an impressive list and one that Charlie feels he perhaps had to work harder than most to construct.

“At the start of secondary school I was probably the smallest player on the team at that point,” the 18-year-old recalled.

“So I had to make sure my skills were the best they could be from a young age because I didn’t have that physical advantage.

“I had to work pretty hard over those first couple of years and then I caught up size and speed wise but I still benefited from having that initial skills focus.”

Having always wanted to play for his country, it was during those formative years that Charlie feared his dream would remain unfulfilled.

That was until a couple of years ago, when improved performances for the Saracens academy merited an England U18s call-up, which Charlie felt was a crucial turning point.

“Playing in the first under 18 game for me was incredible, I really enjoyed the experience and from that point on I wanted more, wanted to train harder, work harder and to get to this point now, I’m incredibly thankful. It’s all gone so quickly.”

Another reason for his development, which Charlie has not overlooked, is the support network which exists at home.

He is certainly not spoilt for choice when it comes to training partners. As well as dad Kyran, brothers Jack and Lochlan, have also caught the rugby bug, as has mum Victoria, a personal trainer who lends extra advice around nutrition.

It’s a recipe for success, and one which leaves Charlie to think he might not be the last Bracken to don his country’s shirt.

“Jack is at Sarries in the Under-16s but training with the Under-18s at the moment so he’s coming along really well,” said Charlie.

“There’s a lot of healthy competition there. Doing skills sessions with them has been really good, we always push each other. We’ll have a lot of races against each other too.

“We’re all obsessed with rugby, just like our dad.”