With just one round to go in the Under-20 Six Nations Summer Series, both spots in each group are still up for grabs.

It should make for an enthralling Round 3, and here we check all the permutations and look at who could finish where ahead of the cross-pool play-offs on July 12th.

With two bonus-point wins South Africa are in pole position in Pool A.

The equation is simple for the Baby Boks: avoid defeat against France and they will finish as group winners.

Where the situation becomes more complex is if they fail to do that.

For France to finish top, they would need a bonus-point win over South Africa and prevent their opponents from registering a losing bonus point. A margin of eight points or more would be enough for Les Bleuets.

Then there is England. 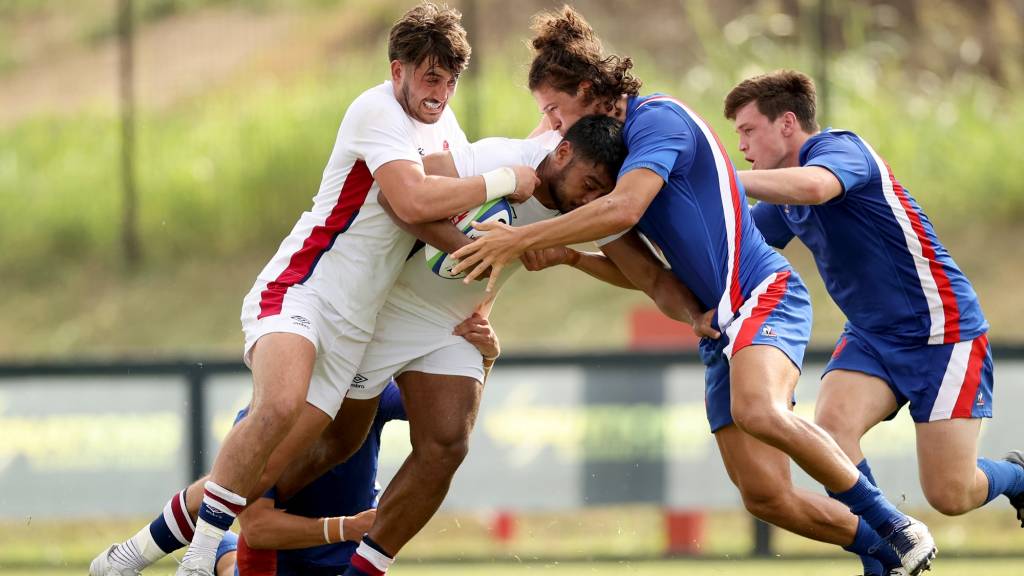 If England and France record bonus-point wins and South Africa fail to secure a losing bonus-point against Les Bleuets, then all three teams will be on 10 points.

In that instance, points difference will be used to determine first to third.

South Africa currently have a points difference of +17, then France on +12, and England on +1.

If France do register four tries and win by more than eight points against South Africa, then they would have already overturned that deficit. But they could still be pipped by England.

For England to finish first, Alan Dickens’ side would need to pick up all five points against Ireland with a margin of victory 12 points better than France’s win over South Africa.

If the margin of victory is 11 points better in England’s favour, England and France would then be tied on points and points difference.

Tries scored would then come into play, with England currently ahead 7-6 in that regard.

Should the unthinkable happen and the teams also tie for tries scored, the group winners will be decided by whoever has scored the most points across all three matches.

Interestingly, England are the only side across both groups who could finish in any one of the four spots going into the final round.

For England to finish bottom, Ireland will need to beat them in a four-try win by 31 points or more.

That would take Ireland to third and they could even finish second, if South Africa beat France and there is a 43-point swing across those two matches.

Calculators at the ready in Verona, then.

“We are two hours in and still have 10 minutes to go!” – Best of social as England and France go the distance

It’s a far simpler affair in Treviso, with two straight shootouts for first and third.

The winners of Italy against Wales will claim top spot. Should that game finish as a draw, Italy will top the group by virtue of having a points difference just one better than Wales.

Finally, the winners of Georgia against Scotland will take third spot. Georgia have the advantage of having picked up one losing bonus point in the opening two rounds, so a draw would also do for them.

It certainly is all to play for with four matches to go.

What they said: The best quotes from Round 2

Share this article:
Previous Story What they said: The best quotes from Round 2
Next Story “We are two hours in and still have 10 minutes to go!” – Best of social as England and France go the distance