England boss Alan Dickens believes his players self-assessment of their fitness levels was a key factor in the 29-20 victory over France.

Reflecting on the dramatic win, Dickens lauded the squad’s maturity in recognising when they had depleted their individual energy supplies.

“I’ve got nothing but adoration for the players,” he said.

“I was proud of them and I think the honesty within the group is key.

“We are playing in conditions that are different, it’s summer rugby and what I mean about honesty is that it’s a squad effort, and we know that we’re not going to finish with the same 15 players that start.

“It’s a case of people being honest and saying ‘yeah I’m tired’ or ‘yep I need to make that change’ and I think that’s testimony to the group we’ve got here in Verona.” 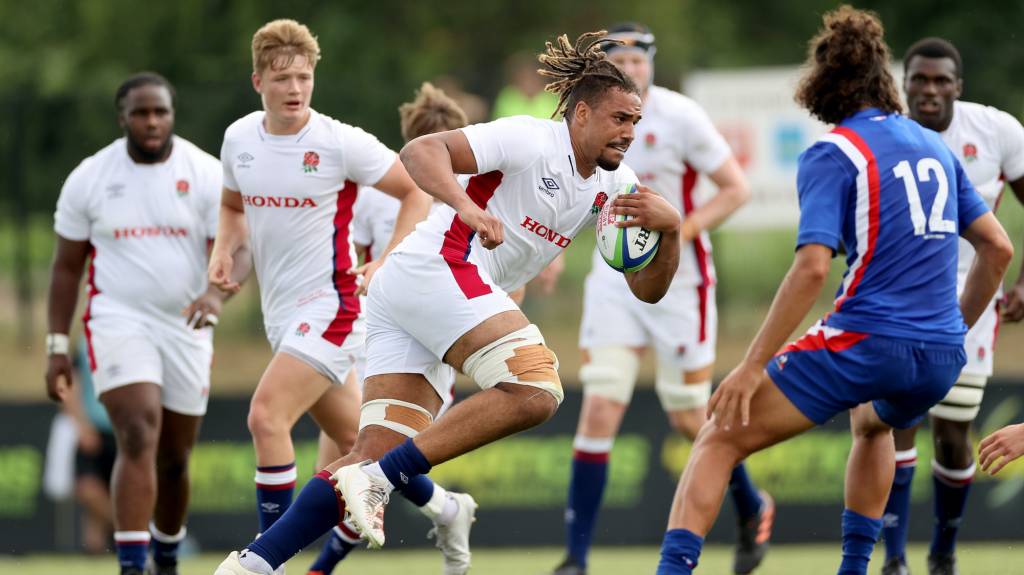 It was a vastly improved performance from England following their opening day defeat to South Africa.

But it was not without its challenges, and Dickens praised the mentality and resilience of the squad for keeping faith when they were reduced to 12-men at one stage, as a red card for Andrew Turner followed yellows for George Hendy and Tom Carr-Smith.

“We knew that the players had a good performance in them,” said Dickens. “Obviously one of the most pleasing aspects of the performance was the character that they showed with the two yellows and the red.

“That’s a testament to the group and something we are really pleased with.”

It was far from a feisty affair, but five cards were shown in total, with Thomas Moukoro and Benjamin Boudou also disciplined for France.

And Dickens feels that the cards were a product of a tight encounter between two fierce rivals.

“Some of those you’re going to get in games,” he said.

“We were lucky enough to get through the first game without any yellows. So sometimes you’re very disciplined and don’t get the result and other times the reverse happens.

“Discipline is something we speak about, thankfully the opposition players were okay. But we need to take the lessons and move on.

Hendy’s return took England back to 13 before Jed Walsh sprinted home for the game-clinching score eight minutes from time.

The move started inside the England half before three brilliant offloads led to Walsh dotting down, making it one of the tries of the tournament so far.

But Dickens refused to take personal credit for the phenomenal fitness levels on show, instead praising the Premiership academies for the work they do in preparing the players for international rugby.

“In terms of the fitness levels, with the contact time we have, it isn’t necessarily what we focus on,” Dickens explained.

“A lot of the applause has to go to the clubs. With regards to the conditioning, yes, Tim Hall, our conditioning coach, he’s a fantastic coach and he contacts the academies and strength and conditioning coaches and they’re the ones who implement the plan.

“It’s a joint approach. We want to push and play at tempo and we certainly put that onto the pitch yesterday.”

Share this article:
Previous Story “We are two hours in and still have 10 minutes to go!” – Best of social as England and France go the distance
Next Story Outgunned and over-powered: Tait urges Scotland to find quick answer