England lead the way for entrants to the second Under-20 Six Nations Summer Series team of the week after their spellbinding victory over France.

Alan Dickens’ side set the tone for another compelling round of action on Wednesday afternoon with their stunning 29-20 win, with four of that team featuring this week.

And skipper Emeka Ilione is selected on the openside for expertly managing his troops when they were reduced to 12-men in the closing stages in Verona.

Either side of him are the South African pair of Reinhardt Ludwig and Cameron Hanekom.

The pair were the only two Junior Bok forwards to start Rounds 1 and 2 for Bafana Nhleko’s side and have been outstanding on both occasions, especially in the first half against Ireland, in which they both crossed. 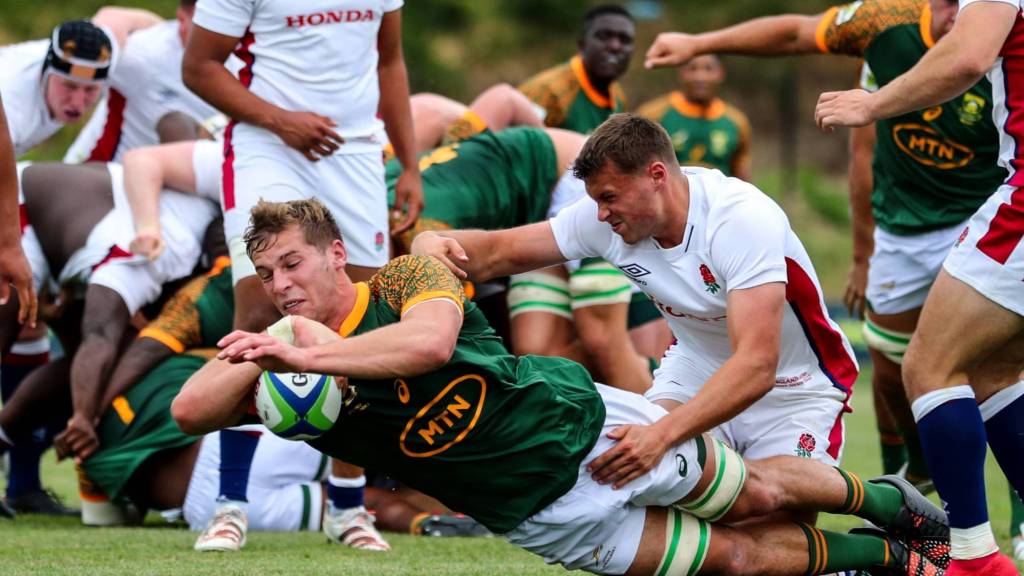 Incidentally, Hanekom is the only player to feature for the second week running.

The towering duo of Ewan Richards and Alex Mattioli then make up the second-row.

While Richards’ two early scores played a significant role in England’s victory against France, Mattioli’s two steals on the stroke of half time were arguably as important as a score as Italy kept Scotland out before a late burst of tries sealed the win for the Azzurrini.

Of those three late Italy scores, two came from Tommaso Scramoncin who performed remarkably well off the bench having only been called up earlier in the day as a result of an injury crisis.

Either side of him is Sivu Mabece, who was rock solid on his first start of the tournament, and Oisin Michel, who marked an impressive cameo with a score in Ireland’s second-half fightback against South Africa.

Arguably the easiest choice of the fifteen, Morgan Lloyd starts at scrum-half after a commanding performance against Georgia.

His assist for Joe Hawkins’ score just after half time was as good as a chip kick as you will see and no player made more passes in Round 2, with a whopping 61 coming from the Dragons No.9.

Outside of him is Jed Walsh who, though on the field for less than half an hour of England’s victory in Le Crunch, scored what was perhaps the best and most important try of the round, completing a superb team move when England were reduced to 13 men.

Wales captain Hawkins starts at inside centre, with a try and perhaps an even better assist as his inch-perfect cross-kick found Harri Houston. He is partnered by Georgia’s Ioane Metreveli, who led the way for dominant tackles in Round 2.

Houston and England’s Conor Oresanya are this week’s wing pairing after both bagged a brace in their respective wins. They make up the team alongside Lorenzo Pani, who having just missed out last time impressed again with an assist as Italy claimed top spot in Pool B.

TEAM OF THE WEEK: ROUND TWO