France No.8 Killian Tixeront believes ill-discipline was to blame for his side’s 29-20 defeat to England in the Under-20 Six Nations Summer Series.

France trailed by just two points going into the final 10 minutes, and had a two-man advantage with England reduced to 13 but failed to make the extra numbers count.

However, forward Tixeront felt the game was lost long before then, pointing to his side’s concession of 18 penalties as the biggest reason for their defeat.

“Today is very difficult because we have so many penalties against us,” he said.

“That makes it harder and there were a lot of video referee decisions, so that broke up the game.

“It was difficult for us and I don’t think we were less effective than England were, I think it was just too many penalties.” 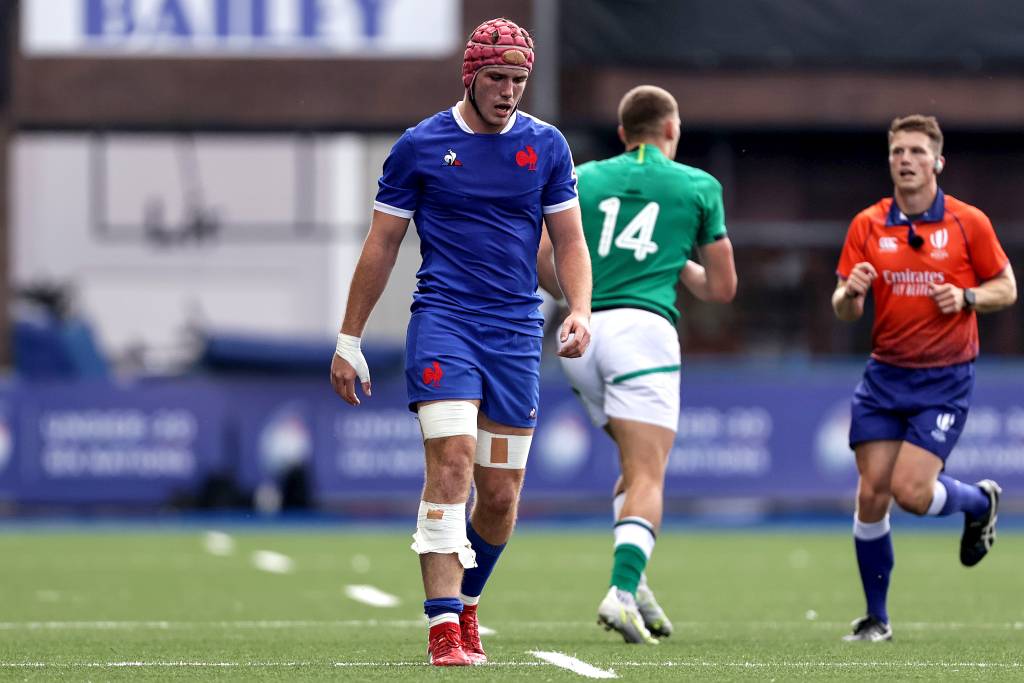 In total, five cards were brandished throughout the game, with two yellows shown to either side and a red to England substitute Andrew Turner for a reckless high tackle.

France made eight changes from Round 1, double the number which England made and it was the Red Roses who looked far more settled in the opening stages, running in the first two scores of the game.

And Tiexront lamented France’s inability to execute their game plan, urging his side to avoid making the same mistake against South Africa.

“It was very physical and I don’t think we did the most we could,” he added.

“We had a game plan but we didn’t respect it.

“We can move the ball quicker, play more in the space and be a bit less physical, use our speed more.

“We know the South Africa team is very physical so we must play in the space.”

The sweltering conditions were again demanding in Verona and prompted both sides to use their full allocation of 11 substitutes. Both coaches even reintroduced players who had previously been substituted.

France kicked off at the earlier time of 5pm, having started at 8pm in their win over Ireland, but Tixeront was adamant that the heat offered no explanation for their sluggish start.

France drop to second in Pool A but could still top the group with a bonus-point victory over South Africa on Tuesday, as long as they stop Bafana Nhleko’s side from picking up a try or losing bonus point.

“In the changing room there is a lot of frustration,” admitted Tiexront.

“We are so sad but we can bounce back for the next game, so let’s go.”