Two-try hero Harri Houston believes Wales’ composure in the dying seconds of their 30-24 win over Georgia is a marker of their progress since the 2022 Six Nations Under-20s.

Byron Hayward’s side were defending a lineout on their own five-metre line in overtime but managed to snatch a turnover and boot the ball into touch to confirm victory and their place at the top of Pool B in the Under-20 Six Nations Summer Series.

Houston added to his score against Scotland with two of Wales’ four tries on Thursday afternoon in Treviso but was more pleased with the way the team ground out victory.

“I think maybe if that was in the Six Nations we would have crumbled,” said Houston. 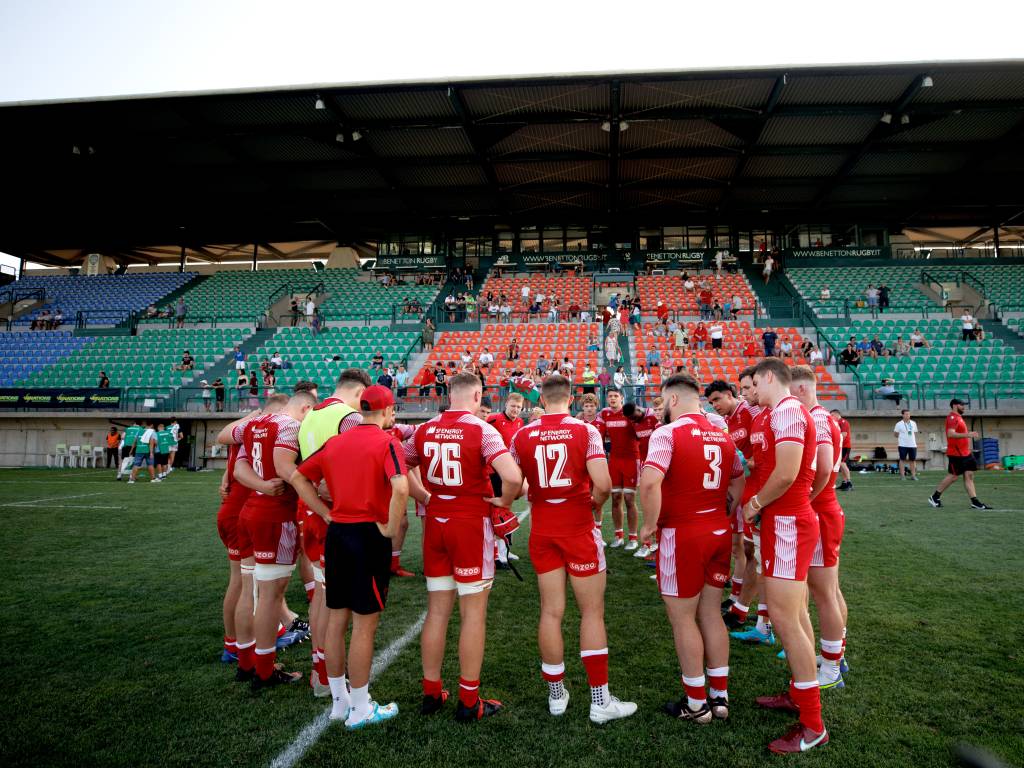 “I think we showed some great character in the second half to come back and I think the last 10 minutes of the match showed how strong we are as a unit.

“We’ve played a few games together from the Six Nations Under-20s to now and it just shows how much we are building.”

Wales took the lead through fly-half Dan Edwards but were soon overpowered by an unrelenting Georgian lineout drive, which yielded three scores throughout the first half.

Captain Joe Hawkins then struck after 35 seconds of the restart and from there Wales looked far more composed until one last Georgian push in the closing stages.

“We knew Georgia were going to come at us,” said Houston.

“I think it took us by surprise. We were ready for it but I think we were just a bit off the pace in the first 20 minutes or so, they started getting into it.

“Then the message at half time was simple. They were bullying us, simple as that. They were winning every physical battle and that was not on.

“So we had to change that. Second half we did straight away and that set the tone for the rest of the game. We came out the cages and obviously went and got the win.”

Houston’s second try was the decisive one in the game, extending Wales’ lead to eight points on the hour mark.

It came after a delightful cross-kick from Hawkins and the Ospreys flyer said his captain deserved all credit for the score.

“I’m chuffed with the two tries but fair play to the other boys for chucking me in,” he said.

“It was just run-ins for me so I’m pleased with that. The last 10 minutes were then a bit scary, but to get the win was class.”

Wales return to action on Wednesday when they play hosts Italy and can wrap up first place in the group with a win over the Azzurrini.