If Round 1 was a case of teams finding their rhythm, then Round 2 promises to be an absolute treat.

We start once more in Verona, with a mouth-watering contest in Pool A, as France play England on Wednesday afternoon.

Taking into consideration the swift turnaround and unrelenting heat, the coaches have rung the changes and offered some new faces the chance to shine in Italy.

So after a blockbuster first weekend, here are 10 things you should look out for in Round 2 of the Under-20 Six Nations Summer Series.

The scrum-half is already an international try-scorer, having finished off a wonderful team move in a 37-20 win against Wales for England’s Under-18s in March.

And Bracken senior claims that Charlie can already pass better off both hands than the former Saracens No.9 ever could.

Inside the camp: Grayson on Twickenham training and famous surnames

This Ireland team are not used to losing and won’t have taken kindly to having 40 points put past them by France.

They have not conceded as many points in a single Under-20s game since June 2019, and are bound to put in a performance and prove that their 2022 Grand Slam win was no fluke.

Ireland led the way for carries in Round 1, with 38 more than any other side, and it seems like only a matter of time before they make use of that possession and rack up the points.

With three open ends at the Payanini Centre in Verona, the elements can certainly play their part.

In the first half of England’s game with South Africa, the wind caused havoc on several occasions, with some kicks carried into touch and others holding up.

Now with a game under their belt, the backs should be accustomed to the conditions and may even look to factor this into their game plan. 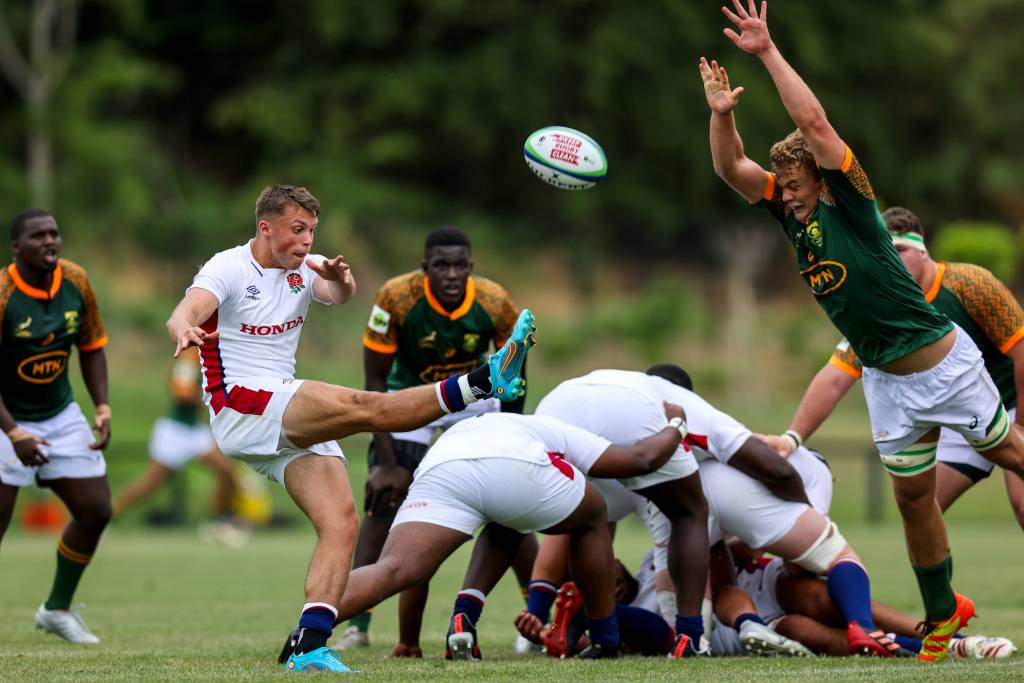 Sacha Mngomezulu lived up to his billing in Round 1, weighing in with three assists as South Africa edged England 30-22.

He also made a whopping 16 kicks from open play in Round 1, double the amount of any other player in the competition.

Post-match, he revealed that South Africa had planned to exploit the space behind England’s back three.

Whether they look to repeat that tactic against France, or unveil a new grand plan, remains to be seen. Either way, it’ll be an interesting watch.

Scotland’s defeat against Wales may have disappointed head coach Kenny Murray but their set-piece certainly offered cause for optimism.

All three tries came from hookers Gregor Hiddleston and Patrick Harrison, and Italy must surely have devised a plan to stop Scotland’s impressive rolling maul.

The Azzurrini defence will have to be on top of their game because Scotland have shown they have the tools to punish them should they falter.

Italy No.8 Ross Vintcent delivered a true captain’s performance against Georgia in Round 1.

He led the way for carries and metres made and chipped in with a crucial score at the start of the second half which ultimately put Italy out of sight.

A scrum-half in his youth, Vintcent has quite the skillset for a back-row and is much lighter on his feet than you might expect for a towering forward wearing head tape and lifting blocks.

Time for a comeback?

In none of the Round 1 fixtures did the side winning at half time relinquish their lead.

In fact, each of the teams extended their margin of victory, which suggests an unlikely turnaround is made even more demanding by the heat.

That will surely change in this round of fixtures, with every side still in with a chance of topping their pool and a shot at the Summer Series trophy, and therefore desperate for a result. 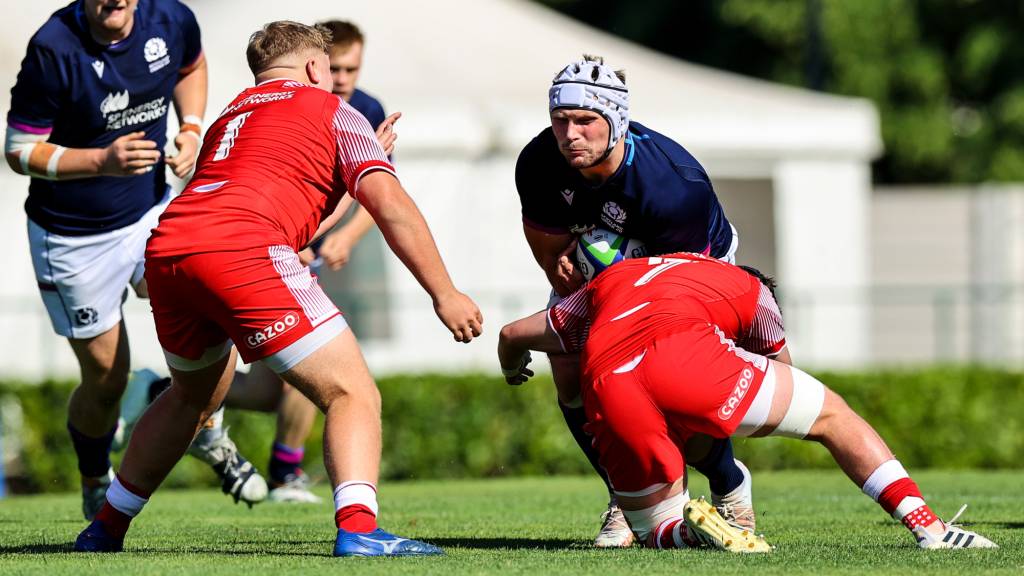 The biggest grievance for Byron Hayward after Wales’ win against Scotland was their discipline.

A total of 16 penalties were conceded, and Hayward is aware they cannot be so careless against Georgia.

What is frightening however, is that Wales won despite their discipline and meagre 43% share of possession – another of Hayward’s frustrations.

Halve the penalty count, and Wales could be a real force.

According to coach Alan Dickens, England’s lineout did not function against South Africa.

A change in hooker could well represent a change in fortune in that regard, with Ollie Fletcher coming in for his first appearance of the series.

There are no shortage of options for Newcastle’s Fletcher, with Lewis Chessum, Ewan Richards and Toby Knight all hugely effective lineout operators.

With contact sessions at a minimum between fixtures given the quick turnaround, England and Dickens will have had ample time to work on this aspect of their game.

The long walk for referees

The officials certainly got their steps in at the Stadio di Monigo on Saturday.

Depending on where the action was, a referee wanting to consult the television replays before making a decision would have to traipse the length of the field to view the one screen inside the stadium.

There was no shortage of anticipation when they jogged back across the pitch before announcing their verdict, and with Thursday’s two games in Treviso bound to be close affairs, this quirk will only add to the drama.

Share this article:
Previous Story Gailleton praises squad harmony ahead of “special” England clash
Next Story “I don’t have to do anything!” – Winger Andrew lauds Welsh centre pairing