In January, the full-back notched a hat-trick on his Champions Cup debut in Bordeaux-Begles’ 45-10 demolition of Scarlets.

While not getting on the scoresheet, his performance in France’s Under-20 Six Nations Summer Series win against Ireland was another eye-catching display.

And in the first feature of our ‘my rugby heroes’ series for the Under-20 Six Nations Summer Series, the 19-year-old shares his story and reveals his surprise rugby hero.

My father was playing rugby when he was younger, my grandfather too, so when I got to five-years-old, he put me at the local club, Rugby Club Seyssins in Grenoble, and I’ve played since then.

They didn’t play professionally, my dad played for his school’s team and my grandfather for his local club.

Since the first time I played with friends, I really loved it and that’s why I didn’t stop. 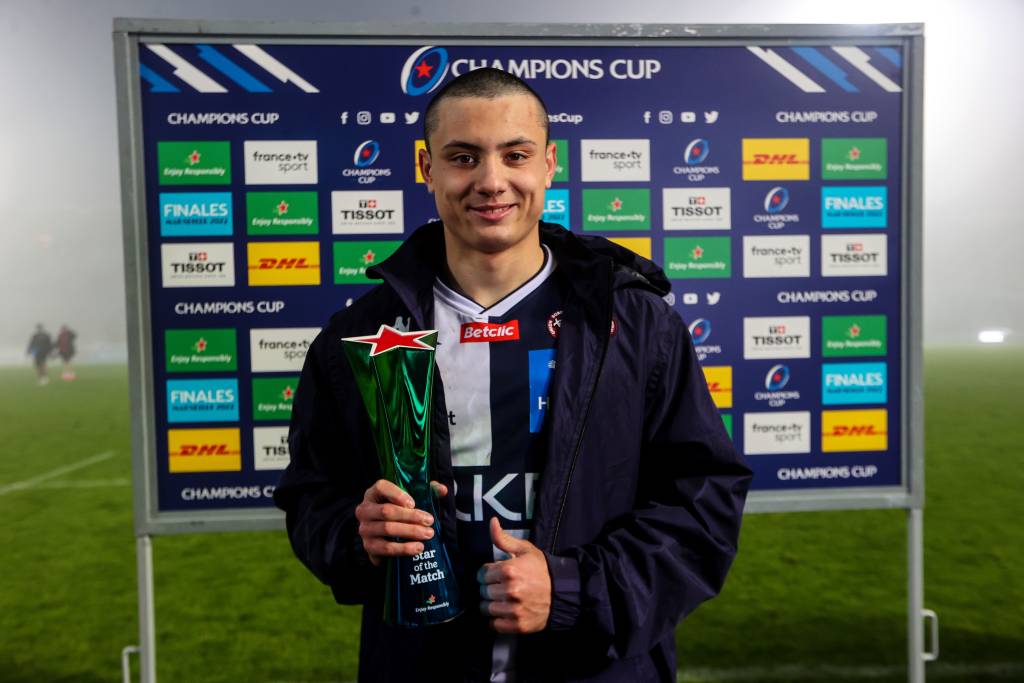 Who was your rugby hero?

In my childhood my favourite players were Maxime Medard and Francois Trinh-Duc. But I also loved Dan Carter and Jonny Wilkinson, as when I was younger I played fly-half

They are all very smart in their reading of the game and they were very competitive players.

I loved watching Wilkinson’s games, his kicking was very impressive. His drop-goals and conversions were very precise so that’s why I really loved him, there were never any errors.

What does it mean to play for your country?

When did you move from fly-half to full-back?

It was three years ago, we had two fly-halves in the team and the coach told me to change positions because he thought it was better for me and I did it. He was right!

Inside the Camp: Gailleton on France U20 training session with Barbarians

What does the World Cup mean to you?

It would be a dream for me to play, but I need to have a big season with Bordeaux – after, we will see. But there are a lot of big players and it will be very, very hard, so I’m not sure.

How special is it for France to have a home World Cup?

It’s very exciting for all the French people who like rugby, we have a competitive team so we will see, it’s a big objective to win but we want to win the competition.